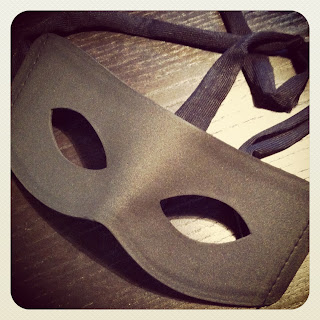 First off, HAPPY NEW YEAR, everybody!

I just wanted to thank all of you who helped make my 2012 such an awesome year. And I'm not joking, this was one hell of a year for me. All of the comments, emails, new Horde members, care packages and group blogging projects (like the League of Extraordinary Bloggers) has made the past 365 days something to remember. Here's to 2013 being an even better year for all of us!

I would also like to take a quick moment to thank everyone who participated in the first annual Dork Horde Secret Santa! Hopefully, everyone got their gifts from their Secret Santas and there was much holiday rejoicing. I saw that a few of you blogged about your gifts, and now that I think about it, we probably should have all done a collective "thank you" post to our Secret Santas or whatever, but I totally spaced on that idea. December was a busy month for me, so a couple of things were rushed. Sorry. 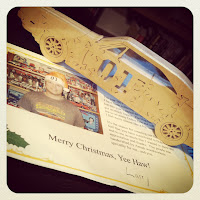 I'd also like to sincerely thank Larry Franks from Dukes of Hazzard Collector for sending me this amazing General Lee wooden puzzle. There were only 12 of these babies made, and I'm honored beyond belief that I'm one of the lucky 12 to get one. Thank you, sir! And I hope you you had a good old fashioned, down home Hazzard County Christmas! 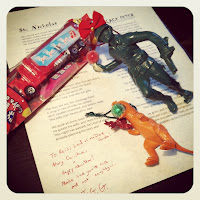 Thanks also goes out to the mighty Goodwill Geek from Goodwill Hunting 4 Geeks for sending me two brilliant Christmas poems along with two geeky tree ornaments, both craftily re-purposed from what I am sure were killer Goodwill finds, and a shiny new Pez Christmas delivery truck! You really put a bright holiday smile on my face, G.G.! Thanks!

Also, a quick shout out to Dex1138 from AEIOU... And Sometimes Why? for the awesome Goosebumps postcard! "Happy Horror-days", indeed!

Now I guess it's time for the big announcement.

It looks like The Dork Horde is going to get pretty quiet for a while. Don't worry, I'm not pulling another Geek Orthodox or anything but I have decided to ease up on the blogging a bit. And by "a bit" I mean "a lot". And here's why; my New Years resolution ties into something I have been wanting to do for many, many years and something that I always said I would do by the time I was 40. Well, now I'm 40 and I haven't done this particular thing and I basically decided that I need to either put up or shut up.

I'm keeping this endeavor secret for now, but I can tell you that it is a time-consuming project to which I have decided to devote an entire year of my life. This project will pretty much suck up all the free time I have, but it needs to be done. A year from now, no matter how this project turns out, I will let everyone in on it one way or another.

In the meantime, I still plan on blogging occasionally, just not so regularly. I mean, in the coming year, I'm sure there will be killer toy scores, or hauls from the 25¢ bin, or comic book convention pics, or more Star Wars themed tattoos that I'll have to talk about, and League of Extraordinary Bloggers posts that I just can't miss out on, so you will be hearing from me. I promise. Heck, I know I'll want to get all braggy about some of the killer upcoming Funko toys I've been working on. We've got some all-new toy lines coming out that I've designed that I think you all are going to love. I can't really say what licenses they involve but a couple of them rhyme with "Blame of Scones" and "The Balking Fred".

Basically, the almost daily posting that I've tried to keep up over the past few years will be a thing of the past. But just because I'm not posting, I'll still be reading all of your blogs on a daily basis and I'll try to comment and say howdy as often as I can.

Again, I sincerely wish nothing but awesomeness-times-a-gazillion for your and yours in 2013. And as always...