This week's topic: Things That Are Green

I'm finally back to join in on the fun with the League of Extraordinary Bloggers! I missed the last two (which I'm mighty sad about, since they were great topics -  now none of you will ever know what makes me cry), so I'm all revved up to get started on this week's post!

Brian (our fellow Horde member and leader of the League over at Cool & Collected) has kept it simple for us this week with a pretty open-ended topic; Things That Are Green.

I admit, my knee-jerk reaction was to grab as many green toys as I could find and put them all in a pic together, but then I stumbled onto a long forgotten comic con purchase (from last year's SDCC) that I never blogged about. And guess what? They happened to be green from (rotten) head to (missing) toe. 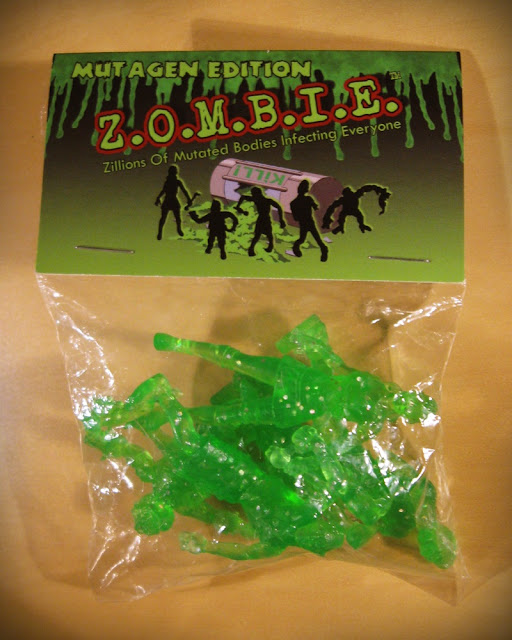 Z.O.M.B.I.E. stands for "Zillions Of Mutated Bodies Infecting Everyone". This is one of those killer little plastic figure sets from the same guys that brought us those beyond-awesome M.U.S.C.L.E. homage figures known as OMFG. I bought these on a total whim during my first visit to SDCC last year, and for whatever reason, they got a little lost in the avalanche of other swag I brought home from that trip.

But I like to think that perhaps they were just biding their time for when I would one day need to write a post about something green and just happen to look inside a long forgotten box in the back of the Nerdatorium's Closet of Doom. 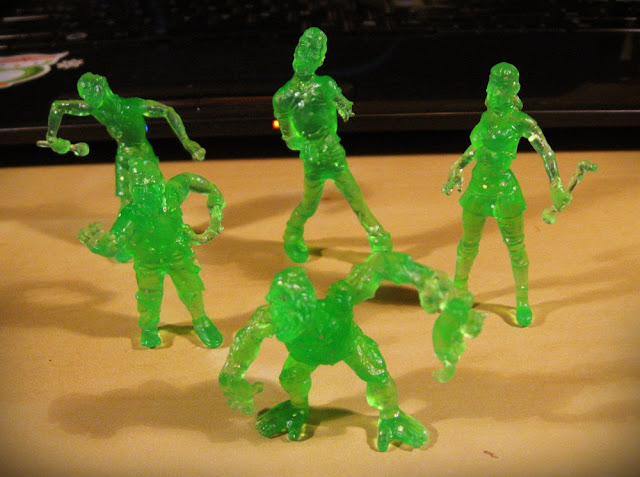 I don't know about zillions, but you do get 5 little bright green, translucent undead figures in each bag. I guess the bright green, see-through look is what makes them "Mutagen Edition". I have no idea what the original series looked like, and quite frankly, I'm too lazy to look it up right now.

Having taken a closer look at these figures, I'm now kicking myself for not opening them sooner! I'm a sucker for these off beat Army-man-style figures anyway, but these disgusting little buggers take the cake.

Let's take a look at them individually.

First up we have what I have named Mongo the Cat Eater. At first I thought it was some sort of zombie old man holding some sort of garbage or whatever. Closer inspection proved that this is in fact a zombie gorilla holding a cat. Seriously, guys... that's messed up. 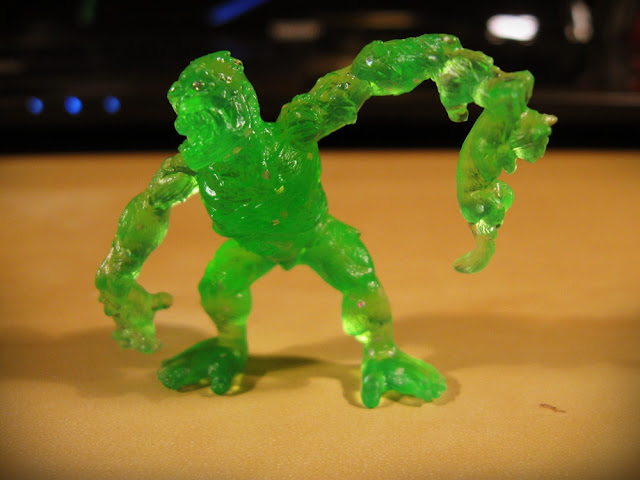 Next we have the one I call Johnny Armless. Once a stand-up bass player in a rockabilly band, he now spends his days lumbering through the streets in search of brains. His hair is still perfect, though. Here we have what appears to be a naked dude in a bath towel with what may be a Life Alert necklace on and holding either a Mr. microphone or a wooden spoon. This one may be weirder than the cat-eating gorilla. 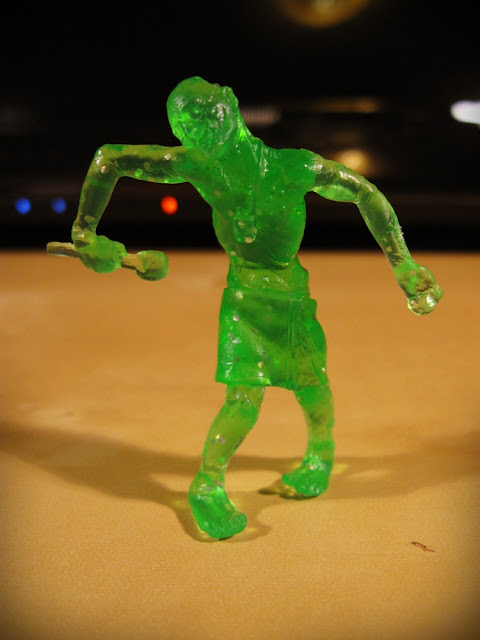 Here we have a zombie of a little boy, who I'm naming Jeff, because when I was a kid, I was tormented for years by this older kid next door to me named Jeff and I'd like nothing more than the thought of him being a zombie that walks around having to hold his intestines off the ground. Ha! Take that, Jeff! You big, fat, stupid zombie face! 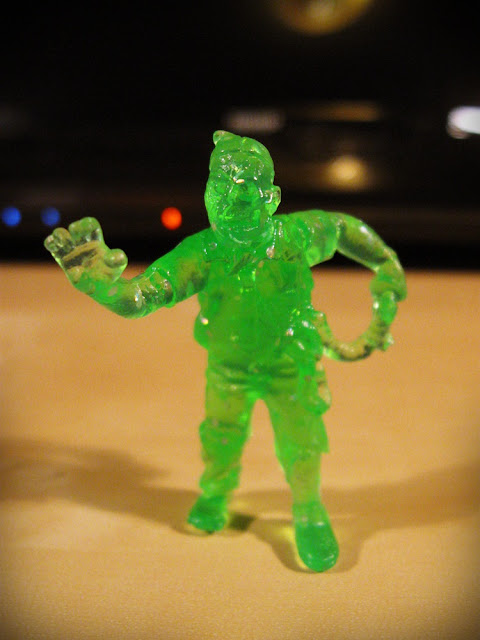 And finally, we have Trixie Von Polldancer, who's probably my favorite out of this set because, well... boobs. Also, I know she's undead and all, but I sort of have a thing for green women. 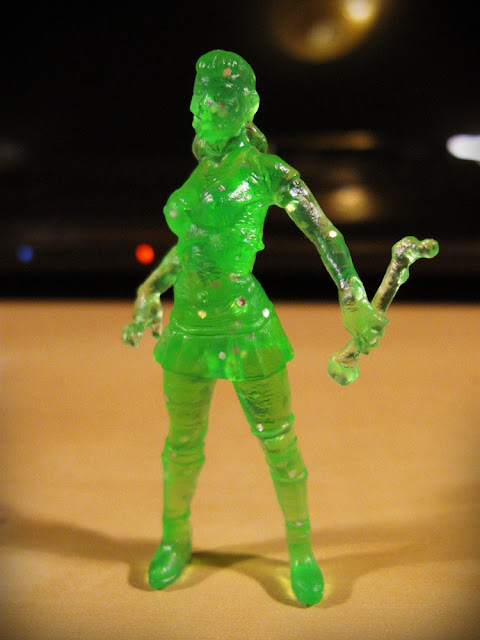