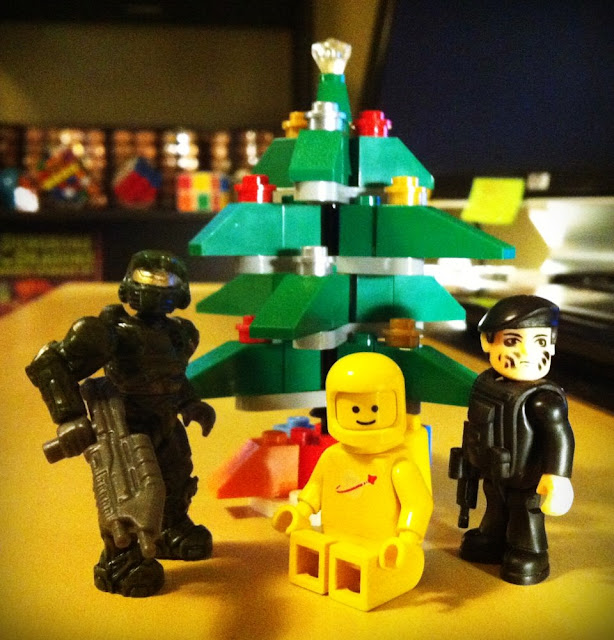 This one is for Colin over at Super Duper Toy Box! A printed and signed copy will be sent out soon! 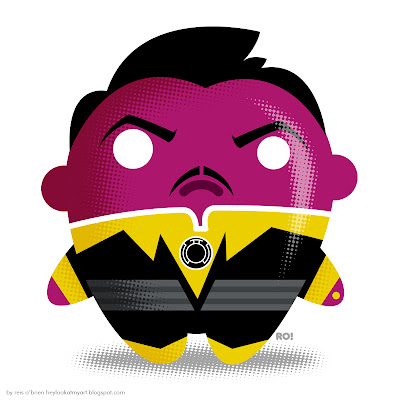 I managed to find a few minutes to knock out another character for my Payback list (art that I owe people) done in my TEEFS style. Since I decided to just make all of my payback characters into TEEFS characters, i expect to get this list finished off much sooner than anticipated.

This one is for the mighty Derf over at Derf's Domain! Enjoy, buddy! (I'll be mailing out a printed and signed version at some point... I promise.) 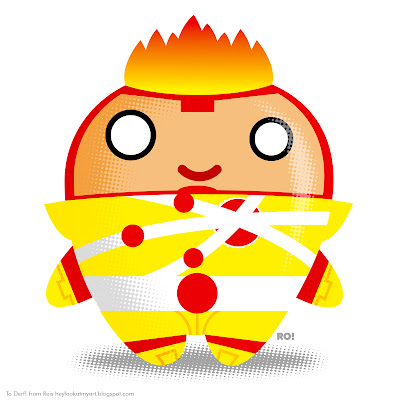 I'm Seriously Getting Into Paper Toys...

Ever since the company I work for has started dabbling in papercraft stuff (we're launching a huge papercraft playset series in a few months), I've been slowly falling more and more in love with building cool things out of paper.

It was in this spirit that I decided to pick up this box set from Barnes & Noble a couple of weeks back that was filled with ten different papercraft robots you can build and even pit against each other in a paper-robot battle royale... 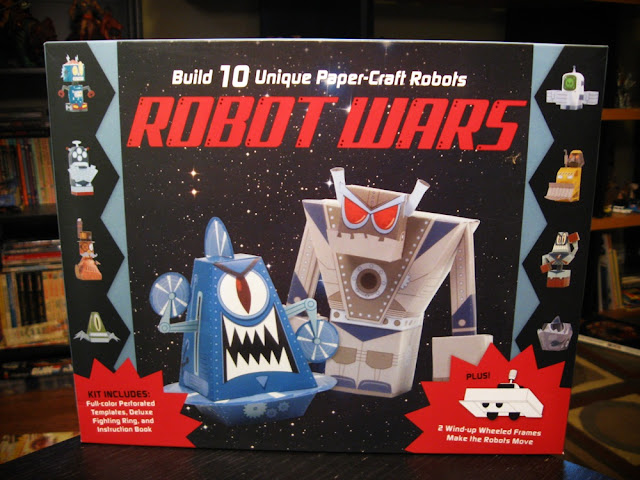 The ten different bots come on these sheets, which are already perforated and scored for easy punching out and folding. Then, all you have to do is glue down the tabs in their appropriate spots and before you know it, it's Robot Throwdown Time! 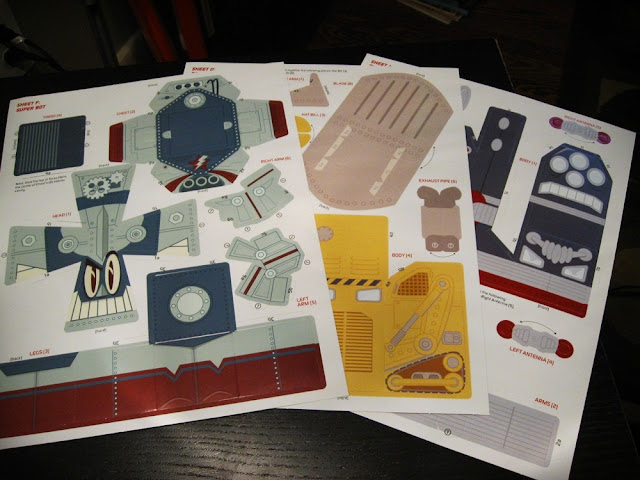 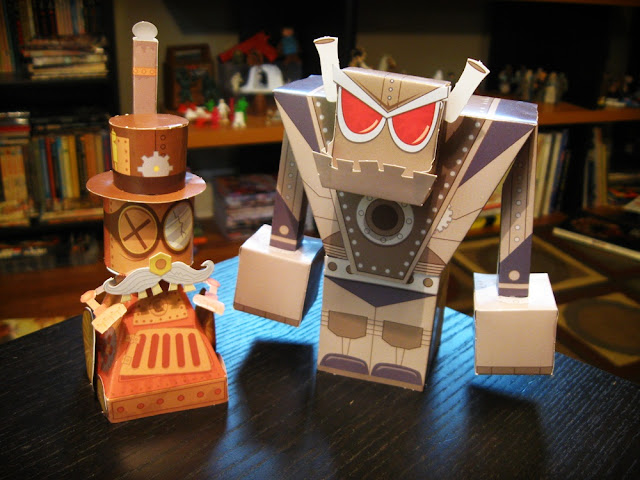 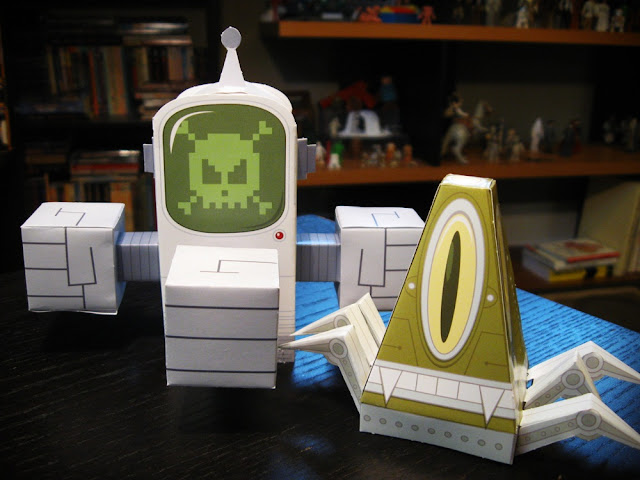 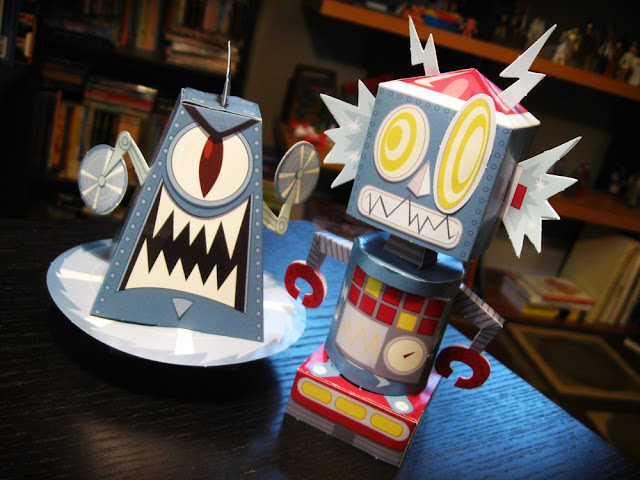 There was something so satisfying about building one's own toys. I mean, yes, they were already designed and perforated and scored and super easy to build, but I still couldn't help but feel like I've sort of "earned" these toys. Before I knew it, I had a practically instant collection that took just a little more than buying it and taking out of a package.

I'm planning on picking up these two gems as well, before taking the step of printing and cutting out some choice pieces that I've found on the interwebs. And, of course, once the papercraft playsets that I'm personally working on are released to retail, that should be the most satisfying collection of all!
Posted by Reis O'Brien at 6:00 AM 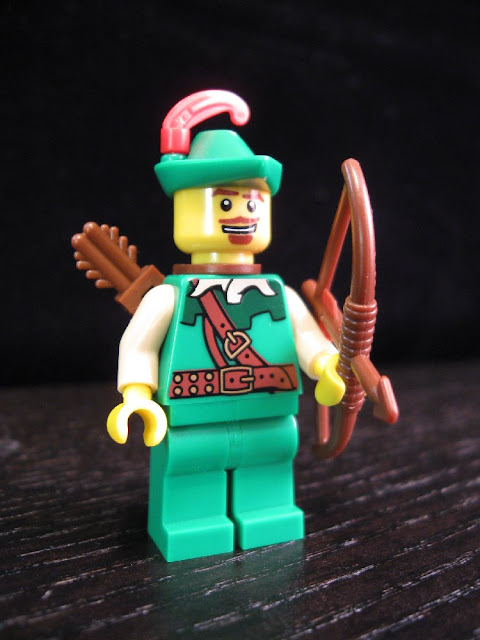 Happy Thanksgiving from Me & the Peanuts Gang! 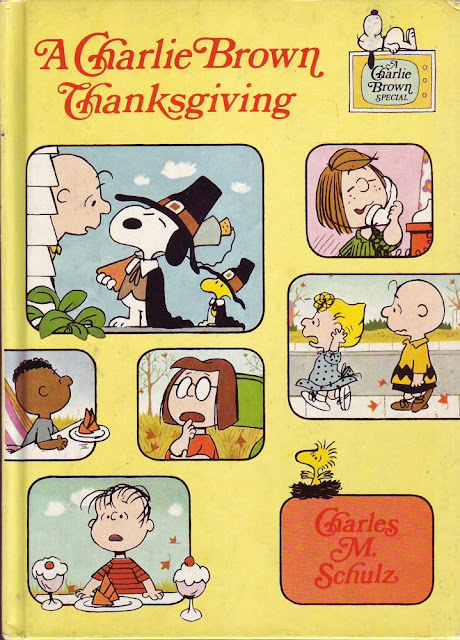 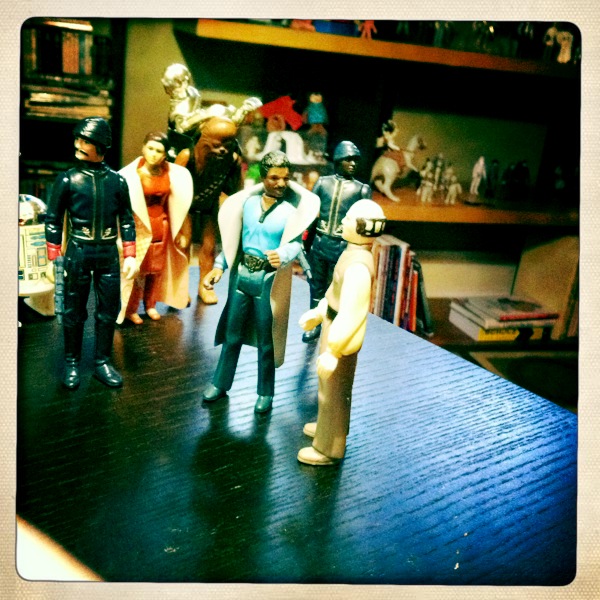 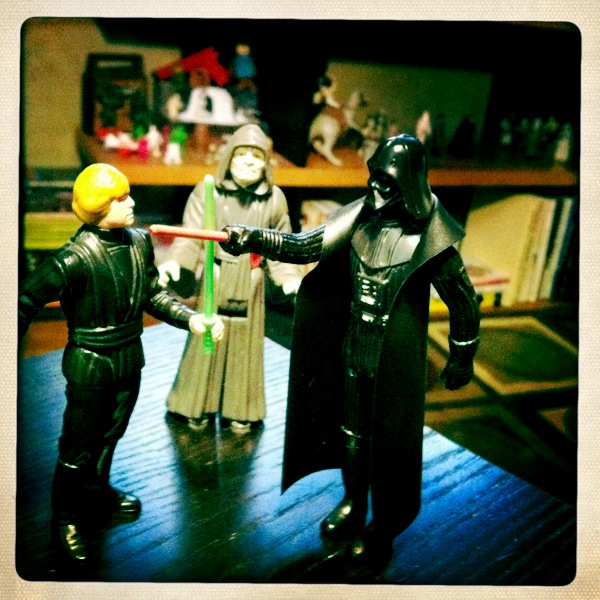 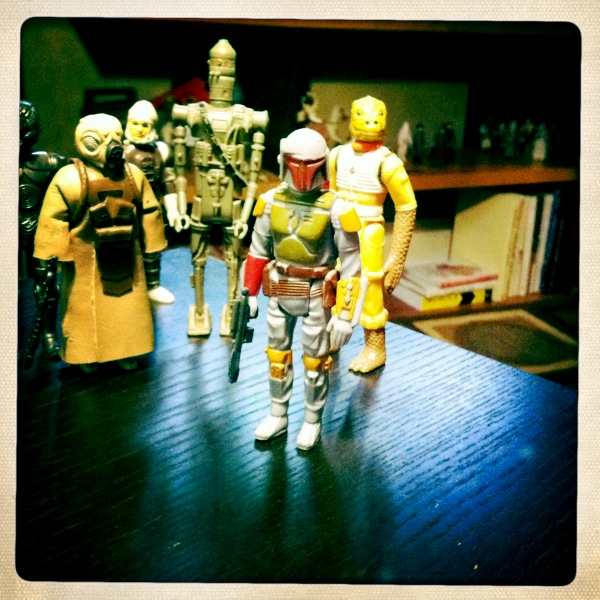 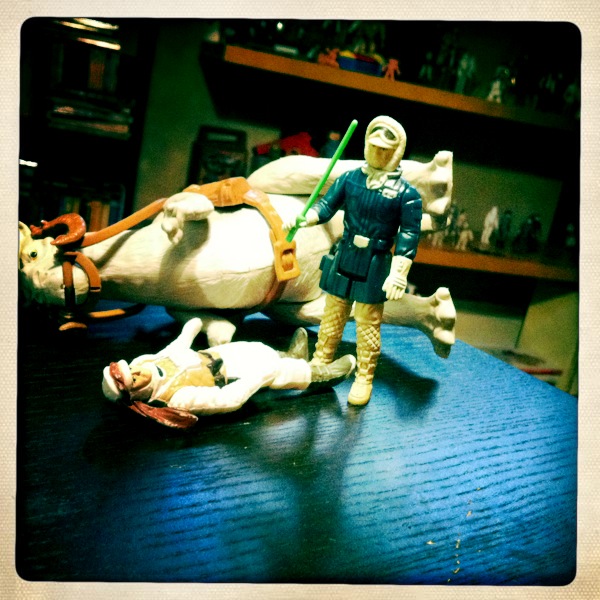 Yeah, yeah, yeah... I admit it. I love Archie comics, and have for ages. When I first started to discover comics back when I was 7 or 8, my Mom hipped me to a gang of zany teens from Riverdale and I've been a fan ever since.

I especially get the itch to visit Riverdale around Christmastime, and every year I pick up the Holiday Special Digest. I know, it's pretty weird, but I can't help it.

And before you all ask about who I'd pick over Betty or Veronica, I'd say neither. I'm going with Nancy.

Anyway, I scored some great issues of various Archie titles, including two Christmas Stocking issues from the '90s, during a visit to my favorite used book store recently and I thought this would be the best time to come out of the Archie closet.

My name is Reis, and I'm an Archie Comics fan. 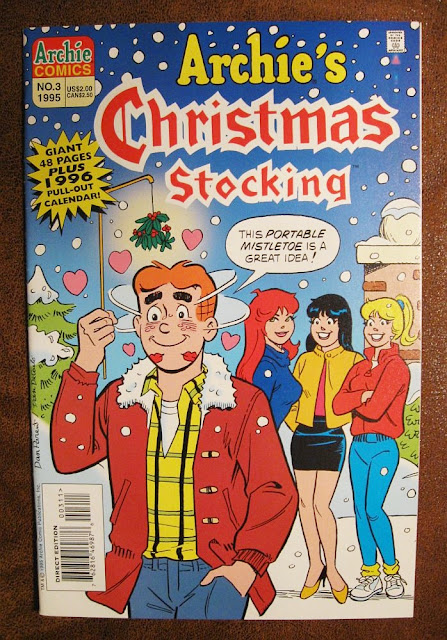 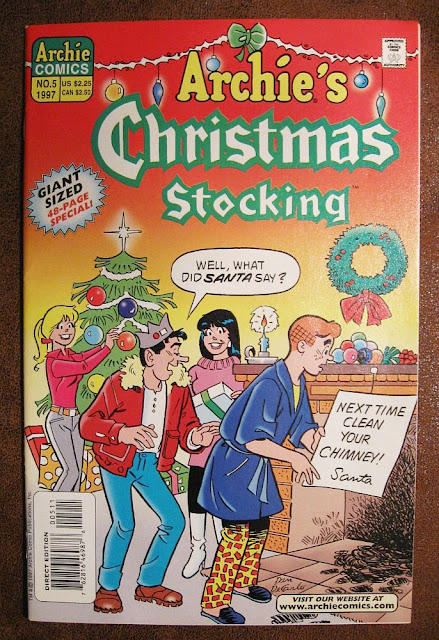 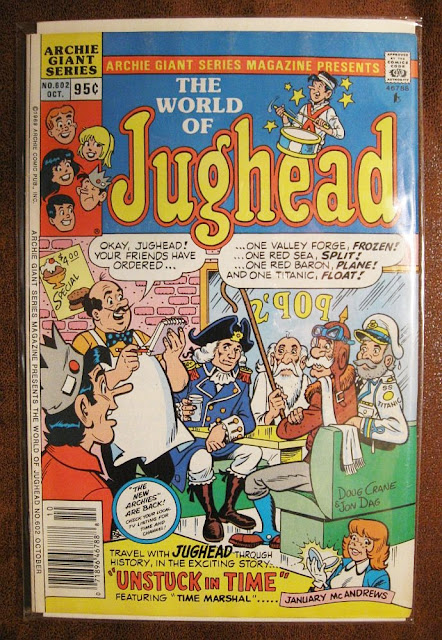 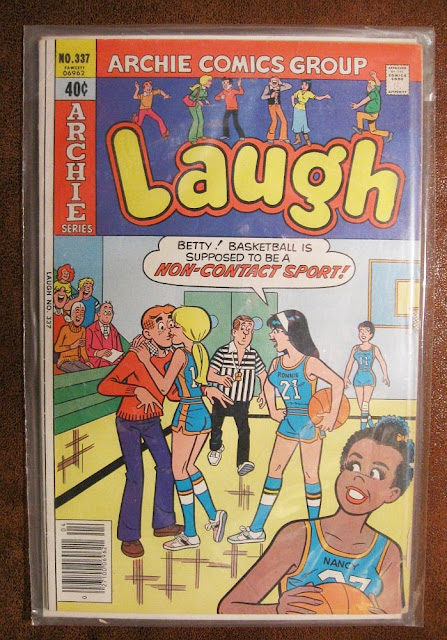 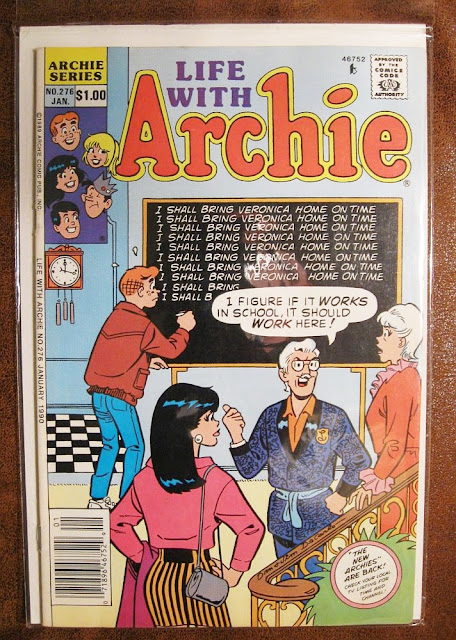 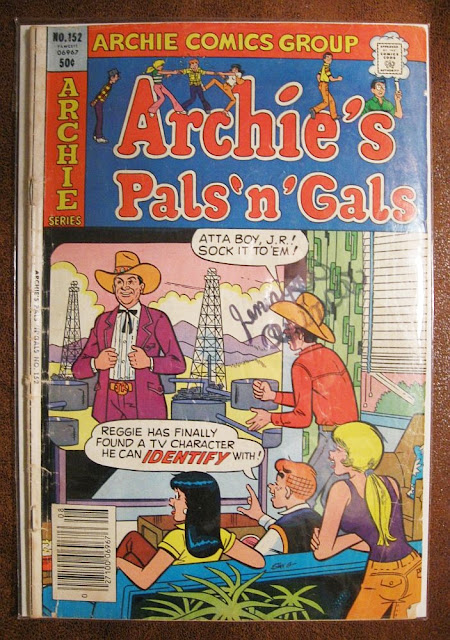 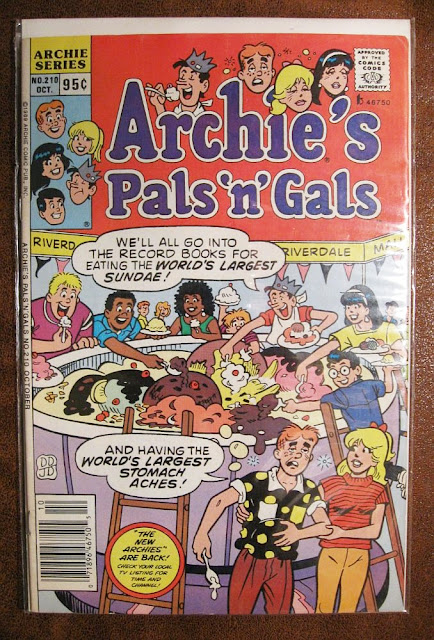 Email ThisBlogThis!Share to TwitterShare to FacebookShare to Pinterest
Labels: Comics

Well, it was another epic score at the 25¢ bin the other day, and you all know I just gotta show it all off right here. Check it...


We'll kick things off with a couple issues of Groo the Wanderer, one of my all-time favorites (and my #1 favorite comic back when I was 12), from the uncanny mind of Sergio Aragones (who I've met twice now and is one of the kindest people I have ever met). 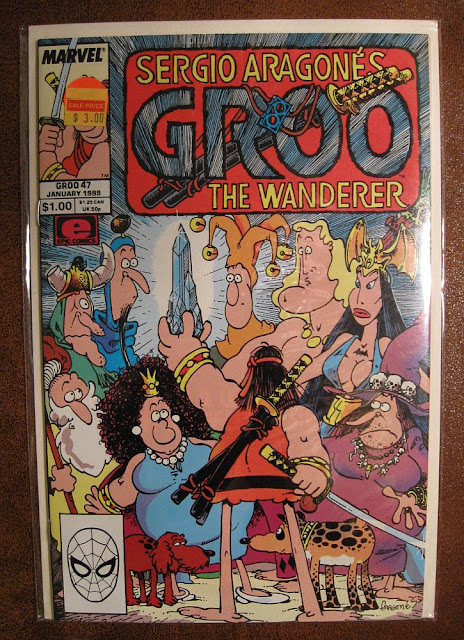 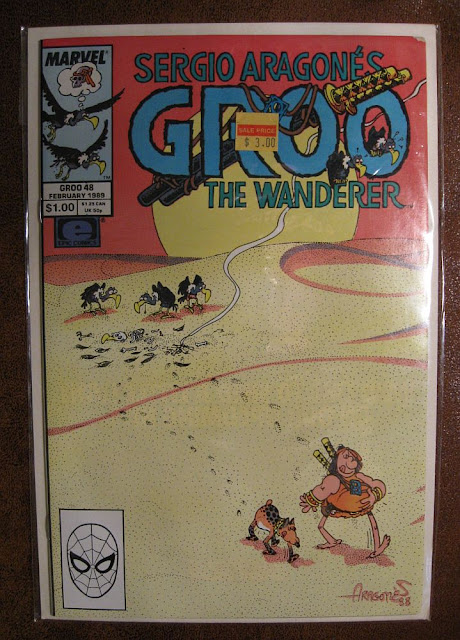 Moving right along, but staying within a barbarian theme, I scored this rather beat up copy of Red Sonja. I may already have this one, but for 25¢ I'll take the risk of having a double. Seriously, who's hotter than Red Sonja? No one. That's who. 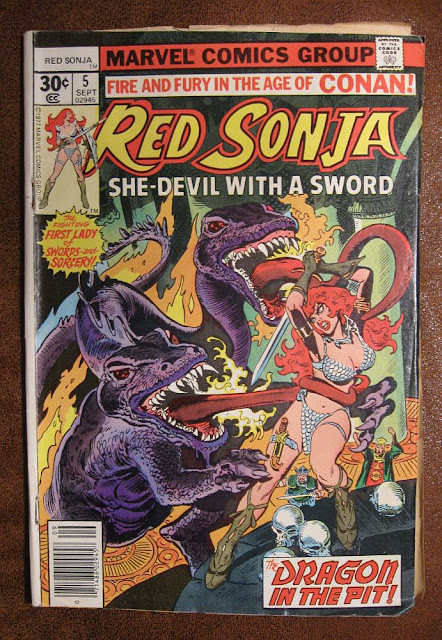 Next up we have one of those personal gems for me when hunting for cheap comics. For some reason, I've always had a soft spot in my heart for the comic-strip based books from Whitman Comics. These books, like the Betetle Bailey one below, along with Bugs Bunny, Woody Woodpecker, Popeye and a gazillion more titles always take me back to our family road trips of my youth, when I could stock up on these comics, often sold in packs of 3 for dirt cheap, at truck stops and highway oases all across the Midwest. 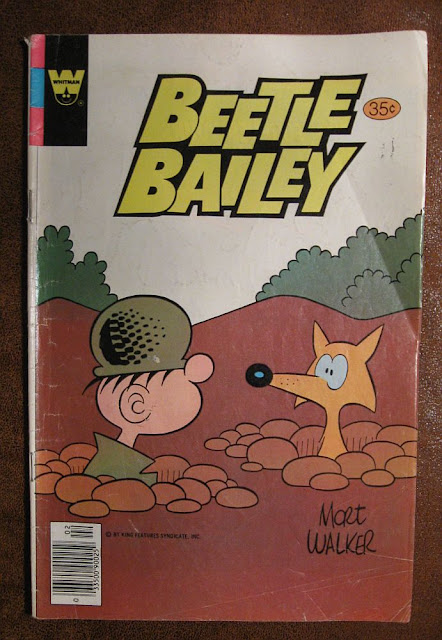 And finally, we have a real specimen of comics oddity; the Spire Christian Comics issue all about Tom Landry and the Dallas Cowboys. Holy... farts. This book was released back when the Dallas Cowboys we the most popular team ever, when Tony Dorsett was a household name and the Dallas Cowboy cheerleaders would show up on all kinds of late '70s variety shows (and one particular poster behind my bedroom door). But this comic isn't about all that glitz and glitter, but rather Cowboys coach, Tom Landry, and his love for Jesus Christ.


I may just have to scan this one in and post the whole thing. It's just too weirdly awesome. 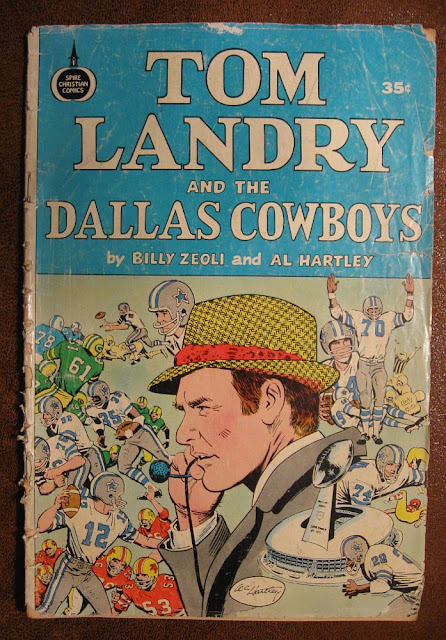 So that's it for this installment from the 25¢ bin! See you all next time with the rest of this score all about a redheaded kid from Riverdale! Stay tuned.
Posted by Reis O'Brien at 8:16 AM

Email ThisBlogThis!Share to TwitterShare to FacebookShare to Pinterest
Labels: Comics, The 25¢ Bin

Hey there fellow toy lovers and collector geeks! December (my absolute favorite month of the year) is almost here, and you know what that means... Christmas!

And to celebrate the Yuletide Season, I thought it would be fun to host a little holiday picture contest.

As some of you may remember, for the last couple of years, I have posted a classic Nativity scene (that scene where baby Jesus is all lying in a manger and stuff and there's a bunch of animals and sheep herders and kings with incense and whatnot hanging around), only made up entirely of action figures and various other toys. 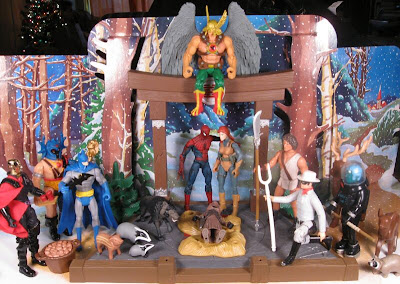 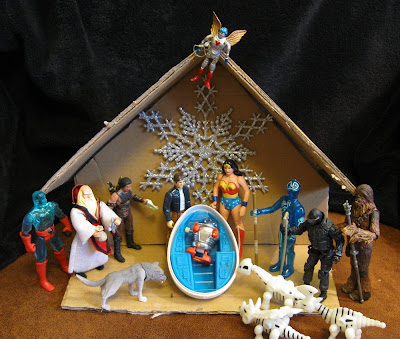 Well, I thought that not only should I make my own Nativity scene again this year, but I should also invite you all to make your own as well (last year, we had a few of you get in on the action and it was epic).

But then I thought, why not make it really fun and vote on a winner and the winner gets something? Even better!

ACTION FIGURE NATIVITY 2011 CONTEST!
Hosted by Hey! Look at My Toys!
Just make your very own Nativity scene out of various toys and action figures and email a good sized pic (at least 1000 pixels wide) of it to reisobrien[at]gmail[dot]com, with the words 2011 NATIVITY in the subject line along with you name and a link to your blog no later than...

DECEMBER 18th
That gives you a whole month from today to get this done and sent in!

I'll post them all right here on the blog and include a poll with everyone's name for people to vote on their favorite. You can also post your Nativity scene on your blog as well along with a link to here so your readers can vote for you. The person with the most votes will win the grand prize of a big, fat bag of brand new toys (sponsored by yours truly) and the runner up will receive one brand new toy (also sponsored by yours truly).

I have no idea what the prizes will be yet, but I'll try to make them something cool. And, no, I will not be eligible to win, since I am hosting this.

The winners will be announced on December 26th!
So voters will only have one week to vote for their favorite.