Groo the Wanderer from Eclipse Comics! Wait... What?

I guess this post should technically be listed under Tales from the 25¢ Bin, since this is where I found this comic book, but since it's just the one, and since it blew a hole in what I thought was my wall of Groo knowledge the size of a bowl of cheese dip, I figured it deserved its own post.

So, I present to you, Groo the Wander #1, from Eclipse Comics... 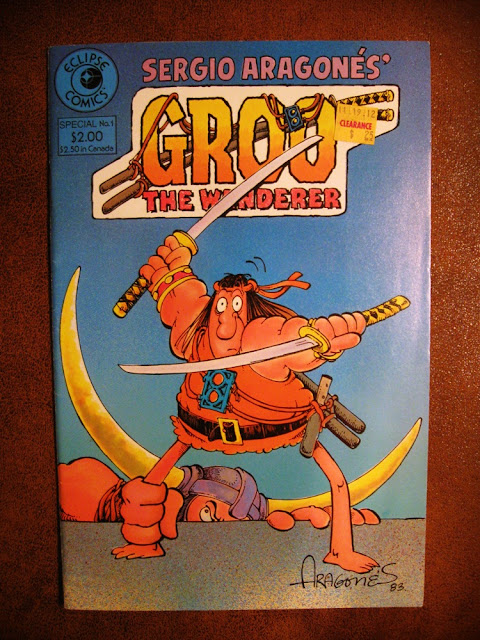 Now, I've collected a ton of Groo comics and followed the character from his original PC Comics, then on to his long run with Marvel, then during his stint at Image and onward into his tenure at Dark Horse, but I had no idea that the sword-wielding mendicant was ever published by Eclipse Comics.

But as it turns out, for one issue at least, he was.

The blurb to the left pretty much sums up the situation; Pacific Comics went down the crapper and didn't have any money to continue publishing, so the "final" issue of Groo was kindly printed by Eclipse, while Sergio and MArk waited to start at their new home, Marvel.

Had I known about this issue when I was 12 years old, and full-blown Groo crazy, I would have flipped. 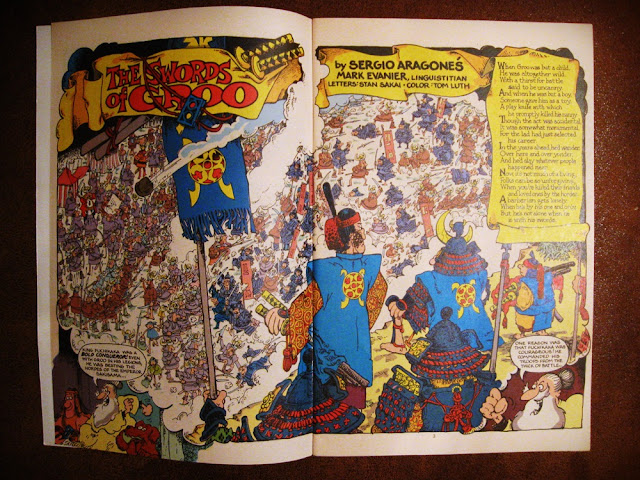 This issue is pretty much what we could always expect from a Groo comic, but this one was a bit more special... 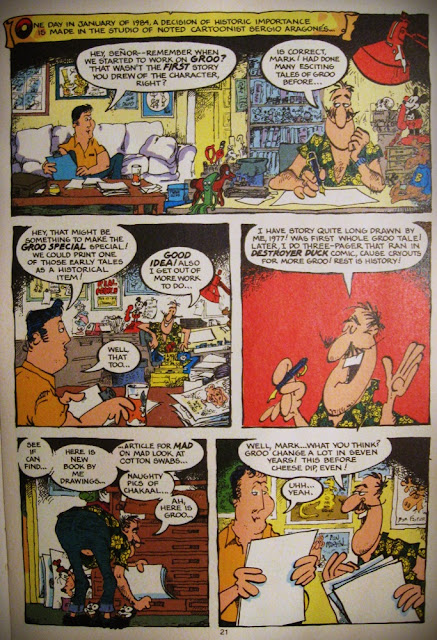 Because it reprints the very first Groo story! 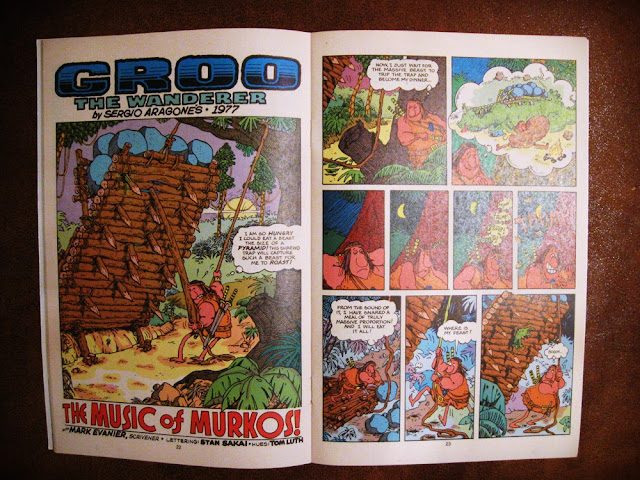 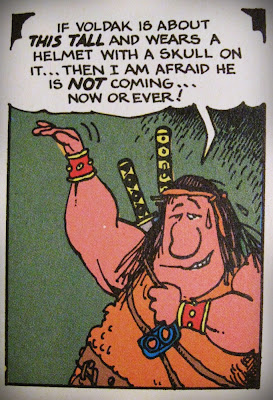 He really looked different back then. Yet, somehow the same. 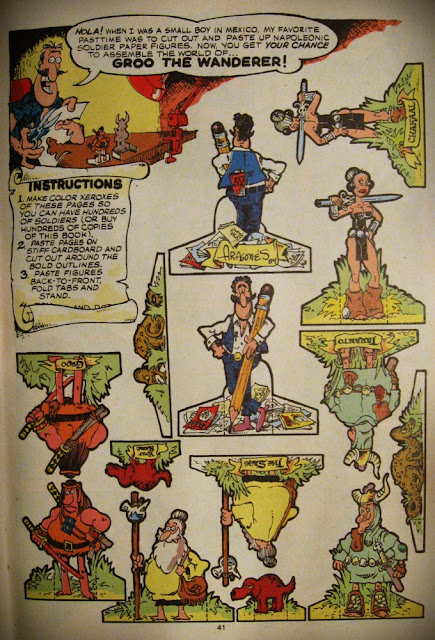 But the real treat for me was the section in the back that included the absolutely brilliant cutout figures! For a long-time Groo fan, who also happens to be in the papercraft business, this is like finding a long buried treasure. 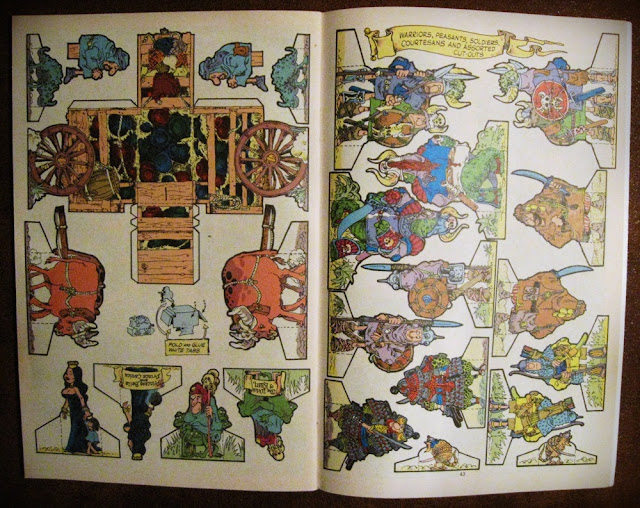 You can jolly well count on me making color copies of these, printing them out on cardstock and cutting them out to adorn my desk at work. And then I will have tons of Groo adventures! And even more tons of cheese dip!
Posted by Reis O'Brien at 5:00 AM