Out of all of the stuff I scored at last weekend's Emerald City Comic Con, I have to say that the biggest one for me was this vintage 1983 Darth Vader Lightsaber. I had one of these as a kid, a green one like Luke's, as did most of the kids in my neighborhood and we would regularly host epic lightsaber battles down by the Kindergarten school playground, under the monkey bars dome.

My original lightsaber was a trusty and beloved toy and I have literally been searching for a decade for another one. They rarely show up on eBay and when they do, they are either incredibly beat up, astonishingly expensive, or very often, both.

So imagine my surprise when I see this beauty, leaning up against a toy dealer's table, just waiting for me to pick it up. I asked how much he wanted for it and he said, "I wanted $25, but I'll give it to you for $20." I nearly peed my pants right there. Luckily, I kept it together. 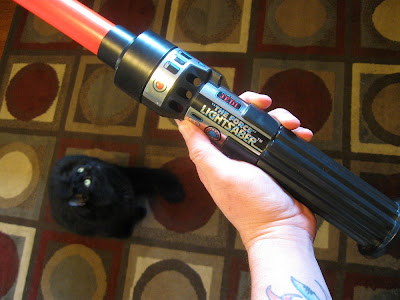 This baby is in mint condition! Not a scrape, ding, nick or peel on it, just like the day it was bought from a  store. (Monkey has decided that he wants to be in this post.) 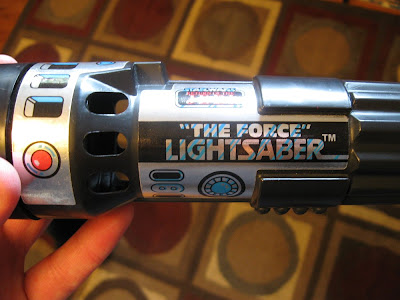 "The Force" Lightsabers, were actually the second generation of this toy which boasted a little design tweak that caused it to make "VWOOOM VWOOOM!" sounds when you swing it around. The sound is absolutely nothing like the sound effect from the movie, but in 1983, we didn't care. 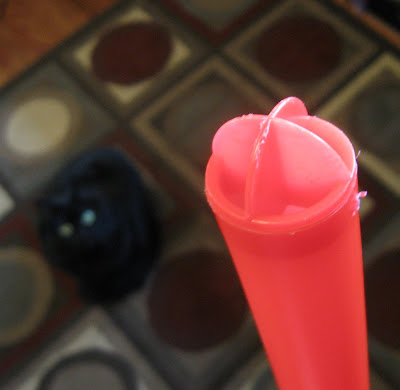 It's this little doohickey one the end that somehow makes it go "VWOOOM!" 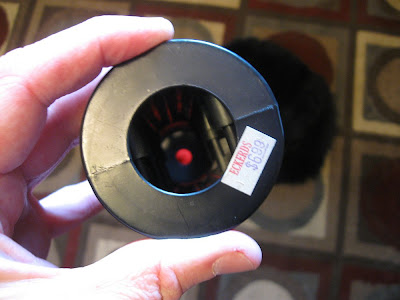 Along with the fact that the entire thing is hollow. I have no idea about the physics behind this. And remember how I mentioned how "new" it was? Yeah, turns out that this baby still has the price tag on it! Only $6.99 at Eckerd's (which is a pharmacy/drug store like CVS or Walgreens).

And that's my favorite score of last weekend. That, and the mint condition Dukes of Hazzard Lunchbox I found (which isn't a toy, so I won't be blogging about here).

And now, for the epic finale of this post, I will battle Monkey to the death! 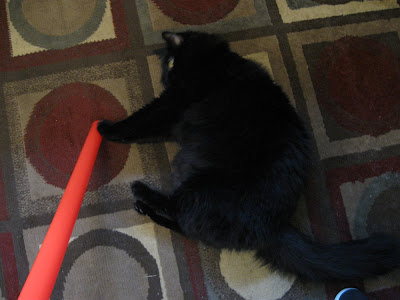 Ach! He used the Force push to deflect the blade! 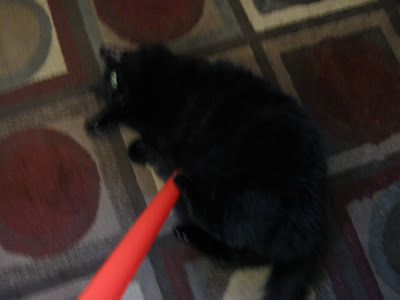 Oh! A nasty slash to the midsection! 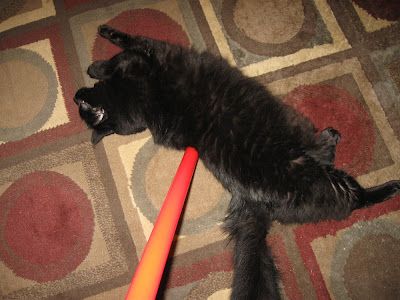 Followed up by a ruthless stab to the back! 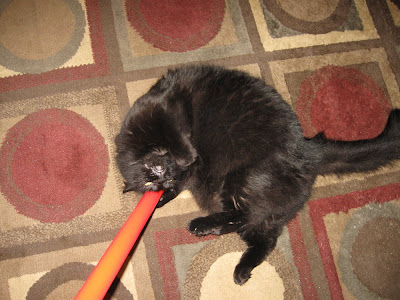 What's this? He has blocked my blows with the legendary Kitty Jedi Head Rub?! Impossible! 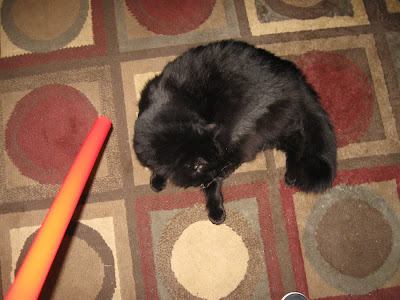 Aaaaaannnnnnd now he has to lick his foot. Guess the fight's over. 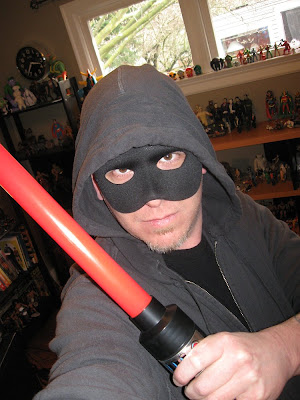 Anyway, he and I will meet again another day, when my powers will be even stronger. Until then, I will take solace in the knowledge that I have found a new lightsaber... and my training is almost complete...
Posted by Reis O'Brien at 7:00 AM