League of Extraordinary Bloggers Weekly Theme: Where Are They Now?

This week's topic: The 80′s and 90′s were filled with kids and teens in the movies. Which movie would you like to see a sequel made in 2012 with the original cast members, who have aged the same as you and me.

As soon as I read this week's assignment, I immediately thought of Goonies. But, then I thought that, chances are, so has everyone else. I mean, come on, how awesome would a Goonies sequel be, with everyone all grown up, perhaps passing the legacy down to their kids, who then go on another pirate-filled adventure in the coastal caves of the Pacific Northwest? So, I decided to find something else.

Then I immediately thought of The Monster Squad, my second most favorite kid's adventure from the '80s, but just like the Goonies, I figures that many others would pick this one as well.

So then I reached back into the recesses of my memories and searched for a movie so beloved to me, one that I could always count on to whisk me away on a grand adventure for two hours, plucking me from my drab reality and plunking me down behind the eyes of the main hero, and one that I never felt got its due credit (much less sequel or merchandising), and I came up with The Last Starfighter. 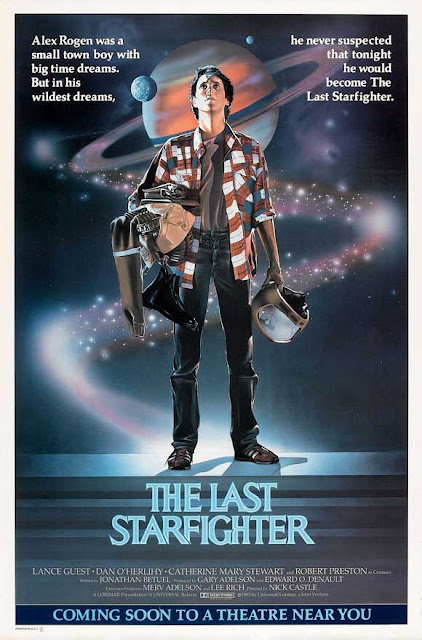 The Last Starfighter was a guilty pleasure of mine. One of those movies that I watched over and over again during summer breaks in grade school. There wasn't a single second of celluloid that didn't spark the old neurons in the more imaginative centers of my young, impressionable noggin. The general concept alone was unbelievably enticing to me (proving your worth as an intergalactic space fighter by playing a mere video game), but I loved everything about this movie; Centauri's freaky space car, the weird language they spoke (reeta - reetana - reetana dox-eyla...), the slimy assassin, the pulsating imposter Alex, but mostly this baby right here... 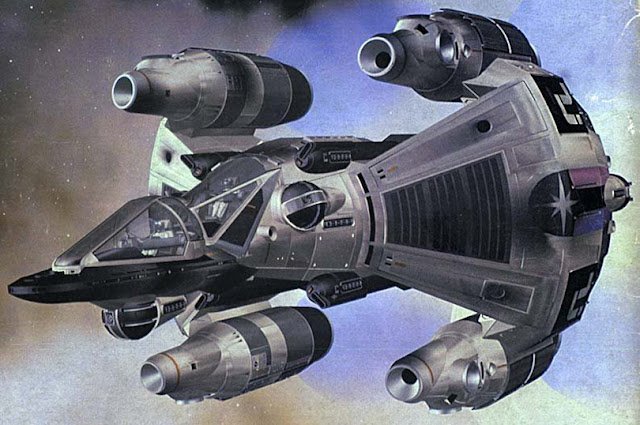 But what could the sequel be like, you ask? Well, I imagine something along the lines of Alex, having served as a Starfighter for many years, eventually works his way up the ladder to becoming an admiral or something. Also his wife, Maggie (who went with him into space at the end of the first movie) is now some big political bigwig in the Galactic Federation or whatever.

But the real story would be about Louis (Alex's little brother now all grown up) having devoted his life to playing the same video game that won Alex his space wings, only to become a total (loveable and hapless) loser who never did beat the game (see King of Kong for several examples). But he's given a second chance when Alex and Maggie's twins, a son and a daughter, now recent graduates of the Starfighter Academy, come to Earth to help Louis become the Starfighter he was always meant to be. I haven't really thought of a reason why they have to do this, but that's the gist. Maybe we can even give Louis an ex-wife and kid who don't really understand his obsession with this video game but end up being all proud of him in the end when they see him fly off to save the galaxy in his own Gunstar. Hollywood loves that crap.

Anyway, most of the actors are still available, most notably Lance Guest (Alex) and Catherine Mary Stewart... 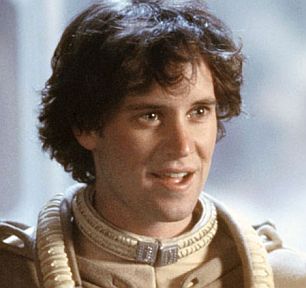 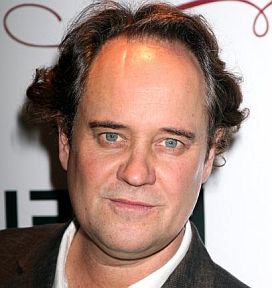 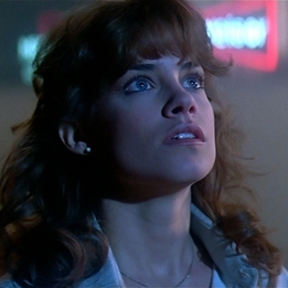 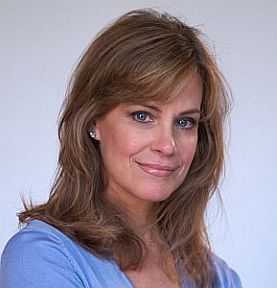 Sadly, I couldn't find squat on Chris Hebert, the kid actor that played Louis (who, quite frankly, I thought had some of the best lines in the original flick). So whether or not he'd be poised to make a comeback is up in the air. 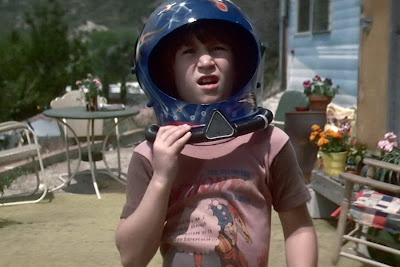 However, all I would really need is to see those Gunstars flying through space, unleashing a hailstorm of laser blasts upon their enemies (some sort of new enemy, though - Let Xur and the Kodan Armada lie where they fell 30 years ago), and of course, this magnificent bastard... 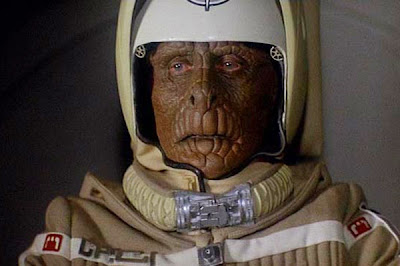 Maybe then, we'd finally get some of those Last Starfighter action figures that never made it off of Galoob's prototype tables... 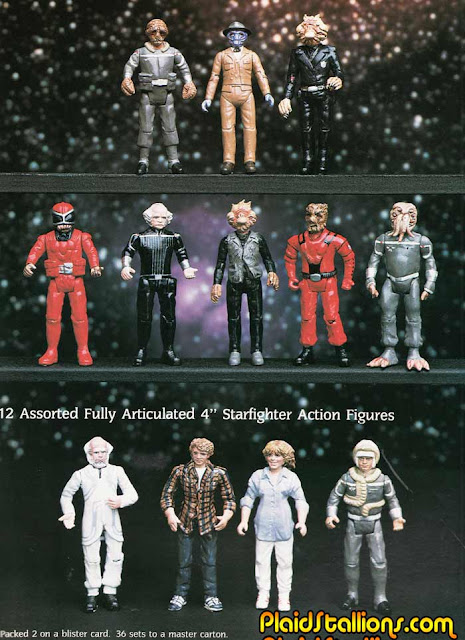 (Shamelessly stolen from PlaidStallions.com)
Anyway, there's my pick for this week's League of Extraordinary Bloggers theme. When doing a little research (ie. going to IMDB), I found a couple of news blurbs from 2008 about the possibility of a sequel to Last Starfighter actually happening, but, alas, it looks like those dreams were dashed along with so many other ideas that never make it out of the Hollywood whirlpool of death.

Still, one can dream.

Please see the complete list of posts from the Extraordinary League of Bloggers and show their blogs some love. Thanks!
Posted by Reis O'Brien at 10:57 AM