This week's topic: Remake one of your favorite movies with a cast of current Hollywood stars.

Ooooooh baby! Brian over at Cool & Collected hit us with a good one this week! (Actually, this week's post was suggested by fellow League member, Paxton Holley from Cavalcade of Awesome. Thanks Paxton!) I've been wanting this little fantasy of mine to happen for years, and if it happens right now, this is how I'd like to see it go down.

The number one movie I'd love to reboot and recast is the one and only Beastmaster! 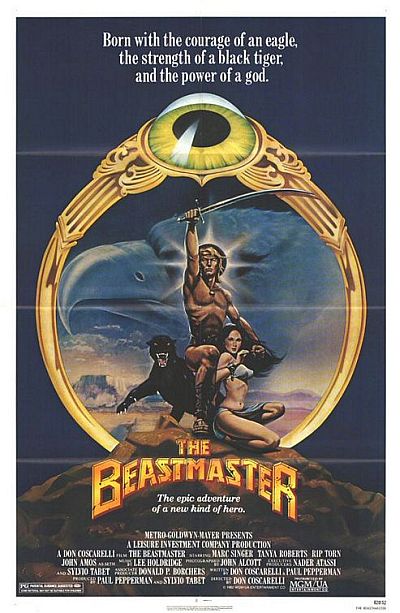 I've loved this movie from the very first moment I saw it. I must have watched it almost as many times as I watched Conan the Barbarian and Star Wars. I spent an entire summer running around with a cardboard version of Dar's sword and making that screechy hawk sound that he did. So much so that my dad swore he'd ground me if I made that sound one more time.

And although I'm not a huge fan of reboots, if I had to pick one, this would be it. But who to cast? Read on... Dar - Chris Hemsworth
I know, I know. This is bordering on typecasting for this poor guy, but let's face it, he's such a bad-ass with long hair and steel hand weapons. Besides, I'm picturing a more grim, serious take on the story and we need a guy with an icy cold stare. I tried to think of another actor, I really did. But Hemsworth was the only dude I could picture opening up a can of whoop-ass on the Jun Horde. 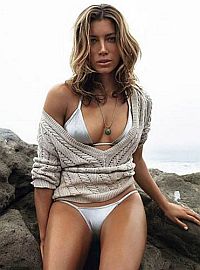 Kiri - Jessica Biel
I will always have a place in my heart reserved for Tanya Roberts (the original Kiri), but the new Kiri needs more athleticism, because in the reboot, I wanna see her kick more butt and be less of a damsel in distress. Biel has the figure and the acting chops to take away some of the silliness of the original. Also, this role needs a more interesting face, and Biel has it. Roberts always looked too "MTV rock video" for me. 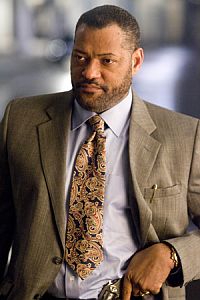 Seth - Lawrence Fishburne
In this version, I'd like to see the character of Seth with a more wiseman of the woods/secretly an Jedi-like warrior vibe. This would call for some serious acting and Fishburne has it a thousand times over. I'm picturing him with some simple facial tattoos maybe and a traveling robe covered in very faint tribal symbols. 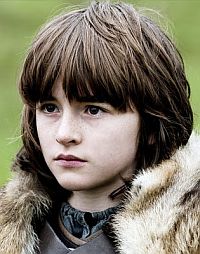 Tal - Issac Hempstead Wright
This is the actor who plays the youngest Stark boy in Game of Thrones. I have been massively impressed with how serious and angry this kid can seem, and I think a deposed prince needs that quality. I would love to show him being quite the little scrapper himself, as if he has been under the combat tutelage of Seth for a while now. 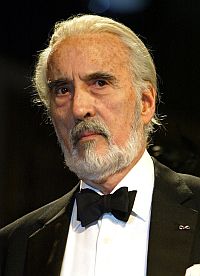 Maax - Christopher Lee
I admit, he's getting a bit long in the tooth, but I do think he'd portray a twisted high priest better than Rip Torn, fer cryin' out loud. I had a hard time picking this one, but couldn't come up with anyone better. The last thing I'd want to see is a retread of his character in Lord of the Rings or the Star Wars prequels, so we'd really have to disguise him well and dig deep into the Maax character.

That's pretty much it for the main cast. There are, of course, many other roles to play (King Zed, leader of the Juns, those melty-faced hot witches, the bat-winged people eaters), but that's about it.

I would like to make a quick mention of how I picture the animals in the new version. First of all, they need to be all CGI now. If we can have Gollum running around, or hippogryphs escaping Hagrid's hut, or talking polar bears in armor fighting that look that realistic, then we can have a black tiger, a golden eagle and two ferrets look just as real. Also, speaking of armor, I think it would be hella cool to see some wicked armor on the animals. And maybe make the black tiger a saber-tooth tiger, like the one in the 10,000 BC remake.

Good lord. This movie is gonna be awesome!