Tomy Robots Are On The Loose!

Any regular reader of this blog (or its previous incarnations) should know that I'm a sucker for those old school wind-up Rascal Robots from Tomy. You can see me ramble on about them in another post HERE.

Well, one version of the classic Rascal Robot that I had seen only once, way back in 3rd grade, which was sadly in the possession of another kid, is the elusive white/black/red version. I even tried to hunt one down on eBay several times, but they tend to go for $15-$25 each! A little steep for this cheap frugal collector.

However, the collecting gods were shining on me at Wondercon a few weeks back when I spied these two beauties in a vintage toy dealer's display... 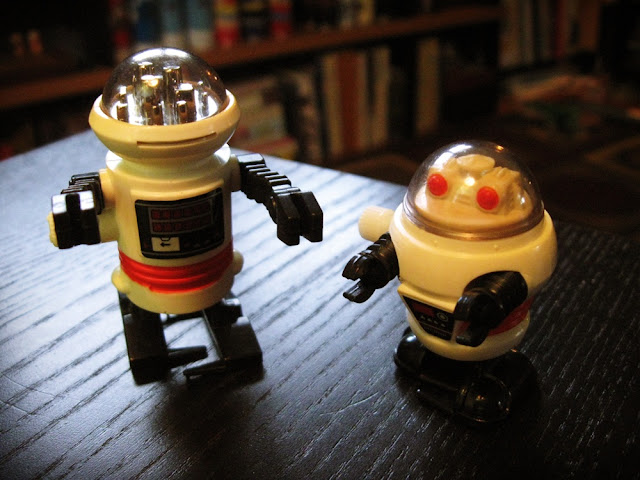 BAM! I was stoked to finally find this albino beauty! 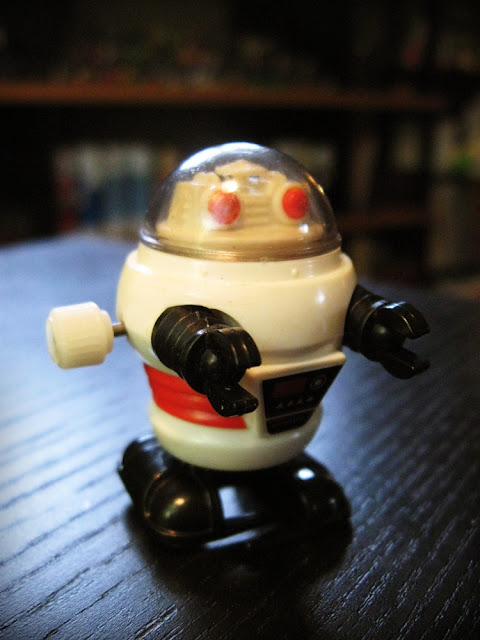 I also spotted this close cousin to the Rascal Robot in the same display. He's also by Tomy. Although I never had this guy as a kid, I do have vague memories of him, probably from either seeing him in stores or possibly in the hands of a classmate. 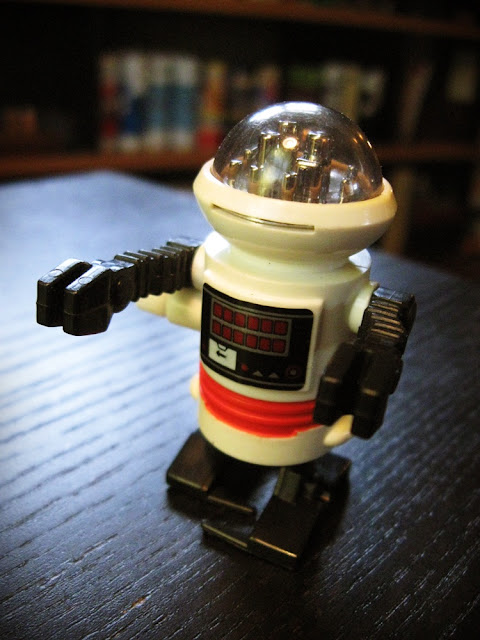 When I asked the vendor how much he wanted for the Rascal Robot, bracing myself for sticker shock, he simply shrugged and offered him up for $3. Then, after he saw me eyeballing the other robot, he told me I could have both for $5. I couldn't throw a wadded up Lincoln at him fast enough!

So, now they're home, and the usual droid welcoming committee has come out to greet them. I think they're going to love their new home. 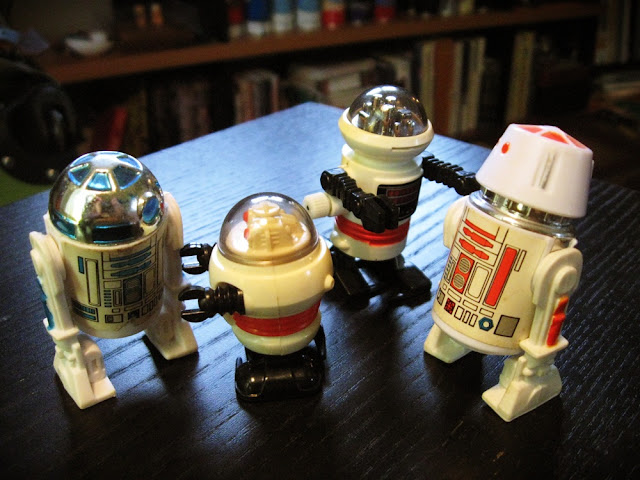 While looking up info on these robots, I found out that there is another vintage Rascal Robot variant that I need to hunt down! Note the gray model in the center... 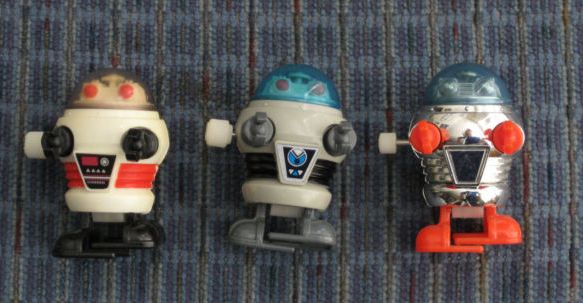