Hey kids! I've been doing some blogging about some of the loot that I walked away with last weekend at the Lake City Toy Show which happens twice a year here in Seattle, and as I was scrolling though some pics on my phone, I came across a bunch of pics I took at the show and thought it would be fun to share them here. 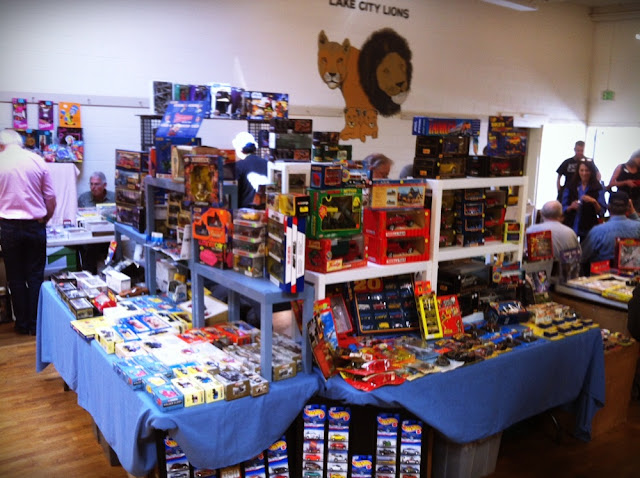 Now, I know that a lot of you out there frequent some pretty big shows, so our little rinky-dink toy show would probably not be too impressive to most of you. But, it's our area's only toy show, so we take what we can get. However, just because it's small, doesn't mean it's not mighty, and the dealers we get at this show really bring the goods and I always walk away with some major deals.

The show takes place in a Lions Club community center, which I feel is where the vintage toy gods truly intended for toy shows to be. 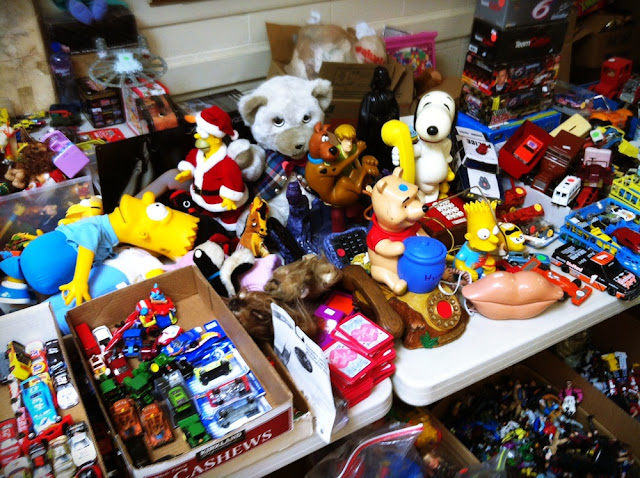 Like most toy shows, there are tons of tables just packed chock-a-block full of toys both new and old. mostly old, which is what I like. And the prices vary wildly from table to table, subject to the whims of that particular dealer. I've seen rare Megos for $3 each (someone else snatched them up) and I've seen loose, dirty Power of the Force figure from 1995 priced at $100. So you just never know. 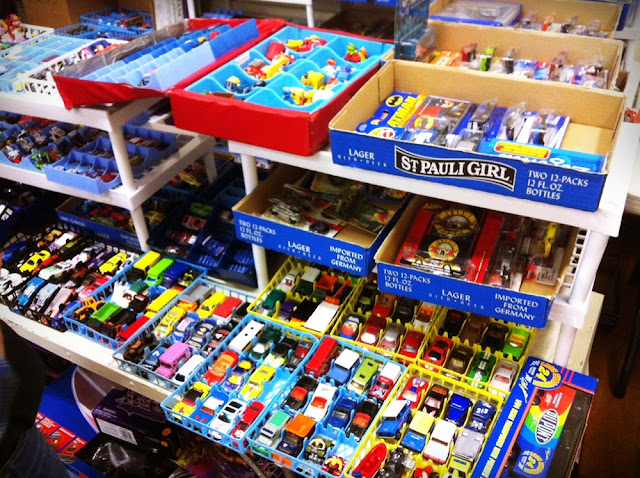 As you can tell from yesterday's post, I was on a mission to find movie & TV toy cars. So I spent a lot of time scanning Matchbox and Hotwheels cases. 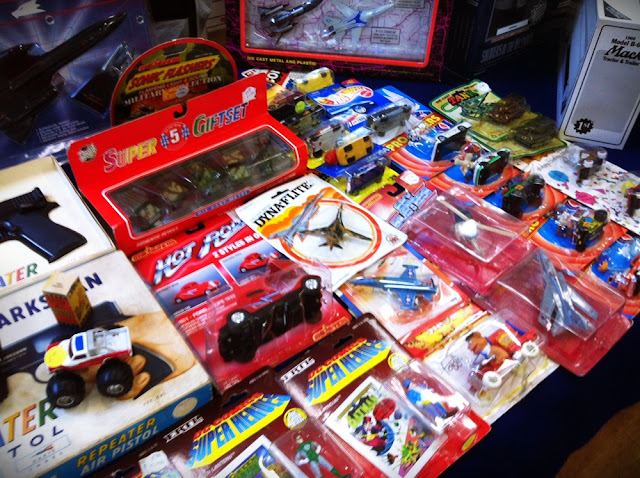 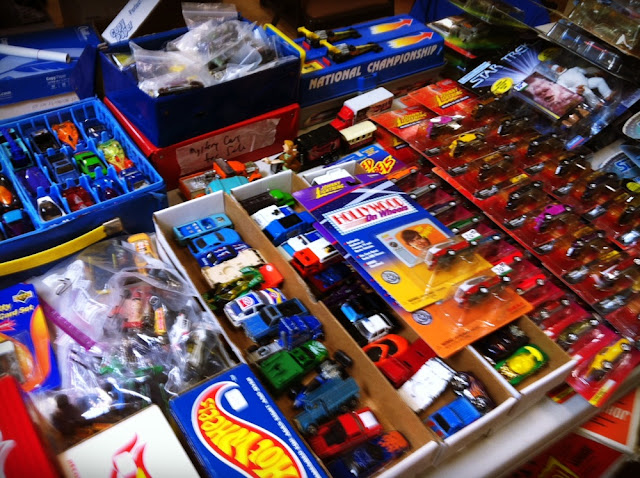 Even the booths that may not have a lot of stuff I want are fun to look through because I always walk away having learned something about the hobby. 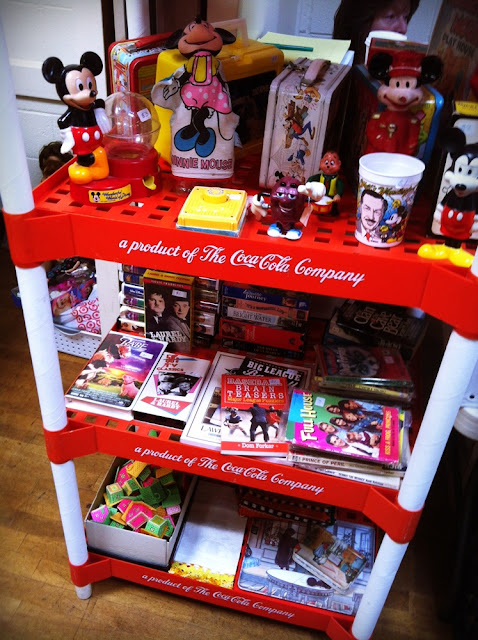 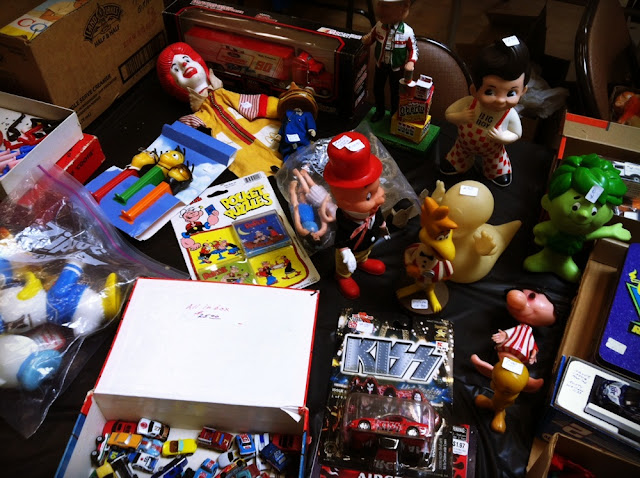 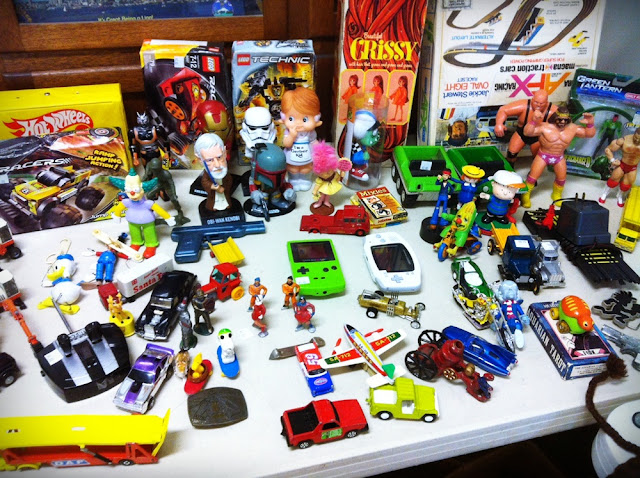 Oh, look what we have here... Every time I see these out somewhere, they're always sold out of Batman and Wonder Woman. For that matter, I was surprised to see this dealer had a skeleton left. Those little dudes fly off the shelves pretty fast, I hear. It's weird to see something you designed at a toy show. 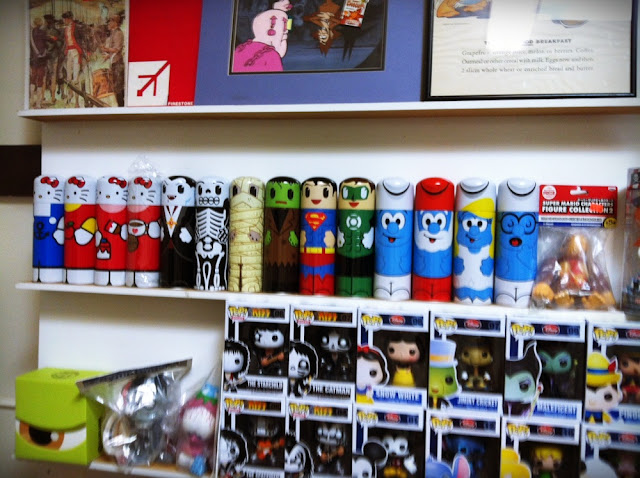 I totally fell in love with this bike, but the guy wanted $275 for it. Way too much. I've seen minty Schwinn Apple Crates sell for $150. This bike was cool and all, but I had to walk away from it. 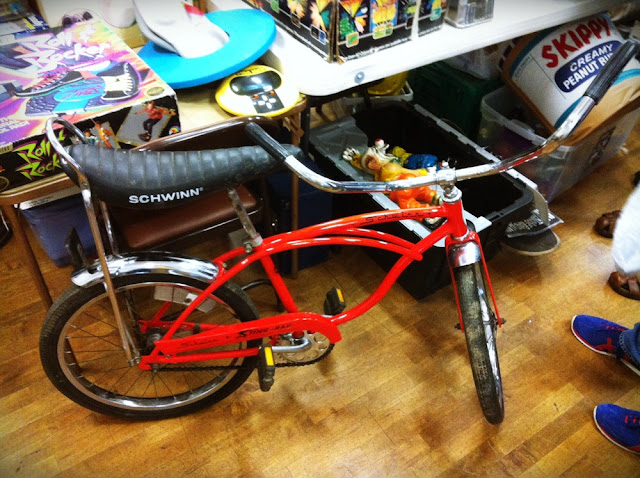 Looking back through my pics, I spotted this classic Super Powers Batmobile and am left scratching my head as to why I didn't buy it. 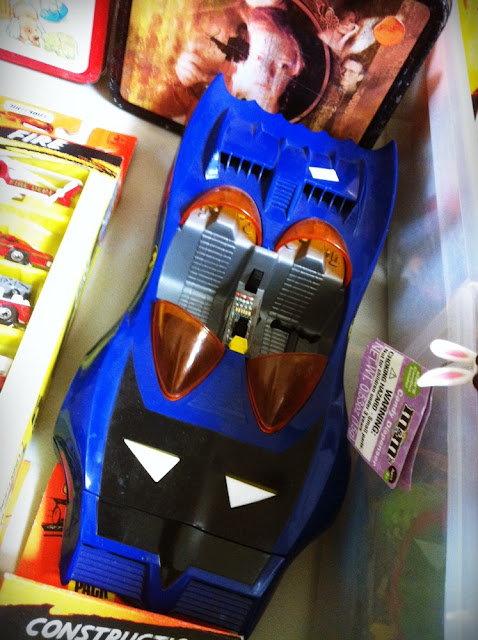 And finally, I was going to pick these up for Eric Stettmeier, but I figured he already had them... 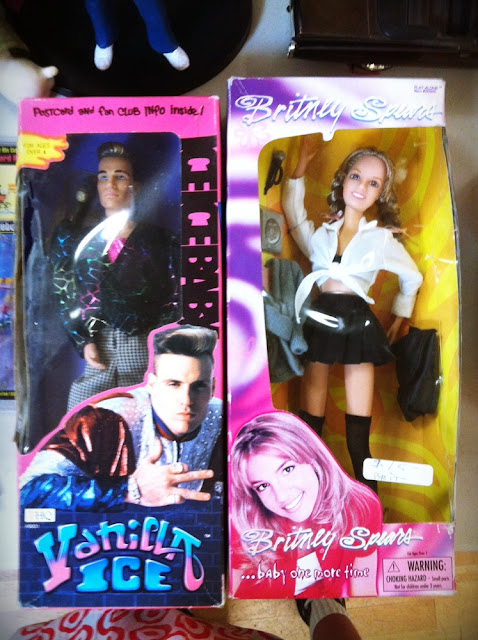 Anyway, another fun toy show! I've been to about 5 of these shows now and can't wait for the next one in October! Hopefully that Batmobile will still be there.
Posted by Reis O'Brien at 6:00 AM