This week's topic: What are your Top Ten Movies?

The League is back, baby!

After a week's hiatus, Brian over at Cool & Collected has hit us with a new assignment where we list our top 10 movies. Now, that seems simple at first glance, right? But once I got to thinking about it, my brain started overheating with the possibilities. Should I list my top 10 sci-fi or fantasy movies? Or my top 10 animated movies? That last idea sounded like a good one, but I couldn't even think of 10 that I truly loved.

So here they are, My Top 10 Favorite Movies (in no particular order), along with a brief personal thought about each. 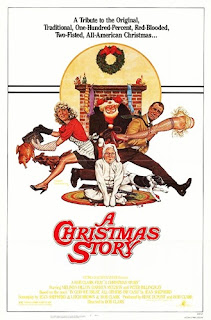 1. A Christmas Story
Not only was I fortunate enough to see this movie in theaters when it was first released, but I saw it with my entire family on Christmas Eve! I was immediately enamored with this movie, identifying with poor Ralphie with his all-too-familiar pain of wanting something so bad, and the crushing fear that you may never receive it. After the movie, my whole family and I went out to dinner (this was our Christmas Eve tradition for years) where I loudly announced that I, too, wanted a Red Ryder carbine action 200 shot rnge model air rifle with a compass in the stock and this thing which tells time. May parents, long finished with their Christmas shopping, told me it was way too late for that. 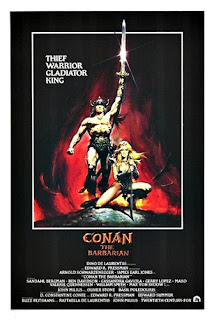 2. Conan the Barbarian
I have no idea what my parents were thinking letting me watch this movie about every other day for an entire summer vacation, what with all the blood, violence and occasional naked boobies, but they did and quite frankly I think I am a better person for it. If it weren't for this movie, I would never have been the person I am today. I'm not kidding. I learned several lessons about friendship, loyalty, love, vengeance, loss and what it means to never, ever, quit. Also, I got to see boobies. 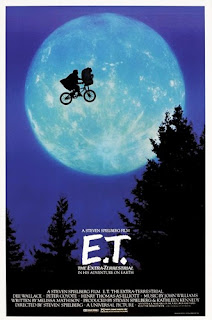 3. E.T. the Extra-Terrestrial
I've told the story enough on this blog abut how much I loved this movie. I probably haven't mentioned, however, how much I balled my eyes out in the theater when E.T. "died" and then when his mother-ship came back for him and he left. I was so mad at my mom for taking me to this movie (although I loved it) that she had to take me to McDonald's afterwards to calm me down. Happy Meals heal all wounds. 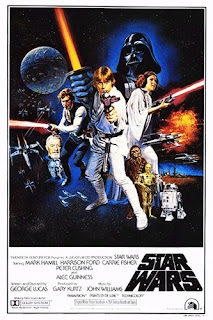 4. Star Wars
Yes, to be fair, I now appreciate Empire Strikes Back much more, but it was the very first movie in the Star Wars trilogy (What? There were others?) that literally changed the entire course of my life. I can say, without exaggeration, that I have probably seen this movie over 100 times. In many ways, Star Wars is who I am. And considering who much it changed the entire world and continues to influence pop culture unabated to this day, I'm not alone. 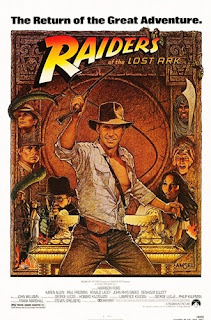 5. Raiders of the Lost Ark
Funny story: When my mom first took me to see this movie I complained the whole way to the theater about how much I did not want to see a "bible movie" I expected a bunch of paired-up animals and bearded dudes building giant boats and stuff like that. When she told me that "Han Solo is in it" I calmed down and grudgingly went along peacefully. Buy, am I glad I did. If I put these movies in order, Raiders would be second only to Star Wars. 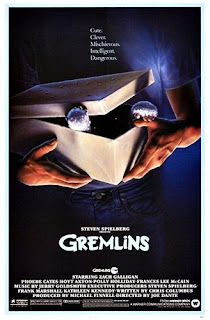 6. Gremlins
Wow, Spielberg is really dominating my list, eh? There's not much to say about this movie. In fact, I have no idea why I love it so much. I guess it just checks off several of my favorite qualities in a movie; takes place at Christmas, is packed with monsters, tons of funny moments, the main character is an adorable fur ball, and let's not underscore the undeniable cuteness of Phoebe Cates. The summer after 5th grade, I watched this movie in the theater at least 10 times (I made friends with the employees at the theater near my house and got in free during matinees). Did I mention Phoebe Cates? Okay. Just making sure. 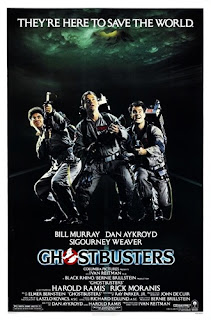 7. Ghostbusters
Although I only saw this movie in the theaters once, it was technically my very first date at age 11 with the daughter of one of my dad's high school buddies. They thought it was cute that we were going to a movie together. We had popcorn and Starbursts, the movie was full of hilarious and scary moments and she reached out during the scene where all of the ghosts were set free from the containment unit and held my hand. Best... date... ever.


Later, I would wear out two VHS tapes and two DVDs of this movie. And every time I watch it, I think of that night. 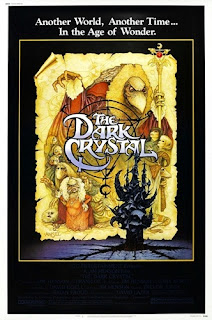 8. The Dark Crystal
This was another one of my family's Christmas Eve movies. While my parents and older brother would end up declaring it "pretty good" over dinner afterwards, I would go on the record as declaring it one of the greatest movies I had ever seen. This movie really grabbed my imagination and ran with it. I would spend the next year looking for action figures from the movie, only to be left wanting. I later learned that toys were planned, but never made it off the concept table. I would also catch a ton of heat in 5th grade for admitting that I had a crush on Kira the Gelfling. 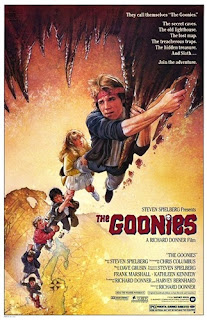 9. The Goonies
Here's another movie that I saw at least 10 times in the theater thanks to my free matinee hook-up, and yet another movie that I wished they had made toy of. They would eventually release a series of action figures that suuuuuuucked, so those don't count. My favorite thing about this movie is the fact that it still holds up to the day. I just re-watched it the other night and I swear to the gods that I think I loved it even more than I did before, it's that awesome. If you haven't seen it in a while, go back and watch it again and this time, pay very close attention to the kid that played Chunk, his comedic acting is stunning. 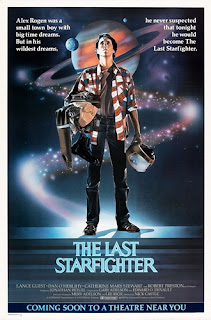 I've talked recently about this movie in another League post, so I'm sure it's no surprise that this one made my list. I never saw this movie until it hit HBO when I was a kid, but it quickly became a favorite. yet another movie that almost had a toy line. Oddly enough, when I was a kid, I had this toy spaceship that I bought at a garage sale, that at the time I was convinced was the ship (the Gunstar) from the movie, but I now know that no toys were ever released for the film, so now I'm left wondering what that toy ship was. What's even weirder is that I have never seen another one to this day, in all my years of vintage toy hunting and reseacrh. It's a mystery that may haunt me forever.


And finally, here's a few that almost made the list:
1. The Beastmaster
2. The Karate Kid
3. Back to the Future
4. Fire and Ice (Ralph Bakshi film)
5. Meatballs
6. Pee Wee's Big Adventure
7. Stripes
8. Monty Python & the Holy Grail
9. Young Frankenstein
10. The Secret of NIMH