Here's another installmet of self-indulgent attention-whoring on my part where I show off some of my favorite designs that I did back when I worked at my old T-shirt design company.

The last stuff we looked at were designs that never made it past the concept stage, but today's stuff not only made it into production, but apparently sold pretty well in Walmarts all over the country.

These designs were for a huge Halloween campaign where we were really trying to corner the market on "costume hoodies", a category that has become massively popular today. For this particular program (as we called them), I was assigned to do a series of "skeleton" themes. I came up with doing a skeleton luchador, a skeleton ninja and, one that borders on redundancy, a skeleton zombie.

I had an absolute blast with these and was thrilled one day when I saw them hanging on a rack in a store. We did both hoodies and what's called extended sleeve versions which came with matching gloves and mask beanie. 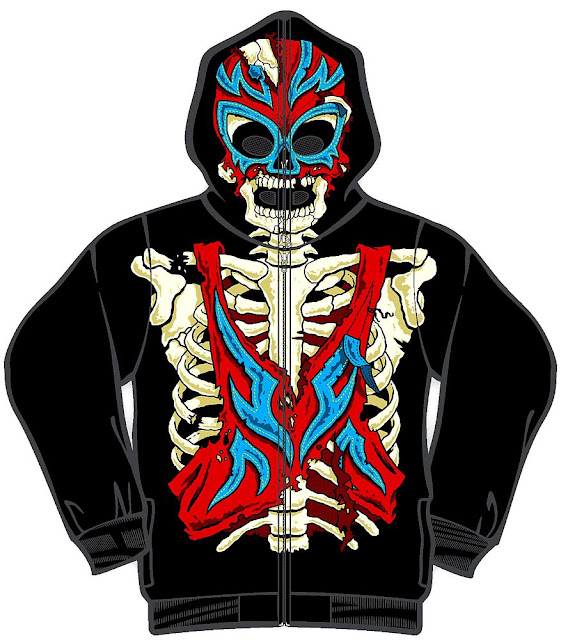 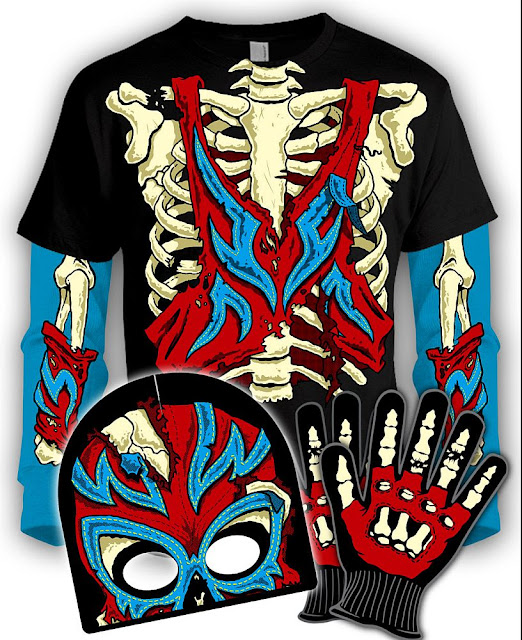 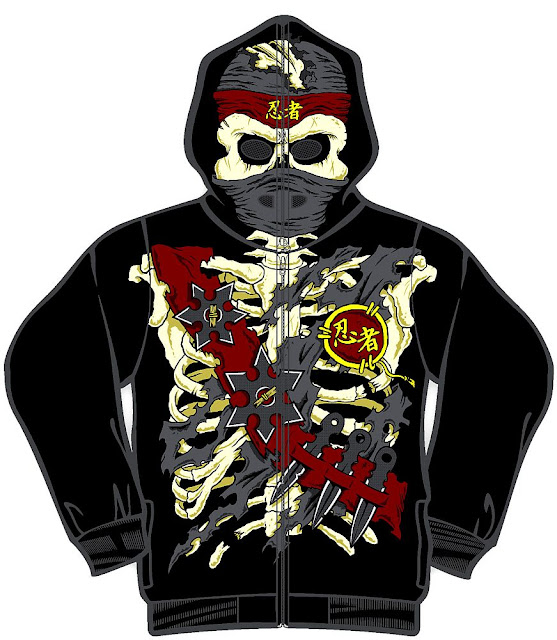 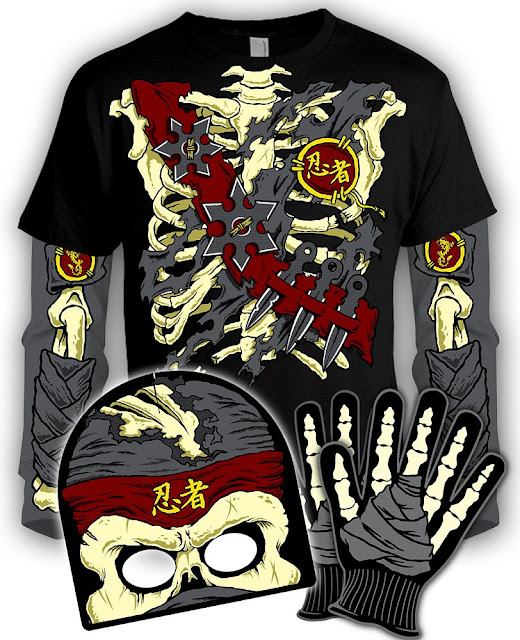 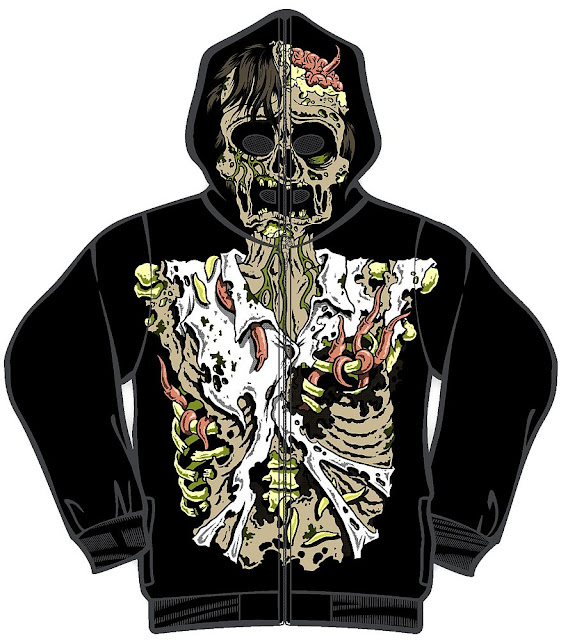 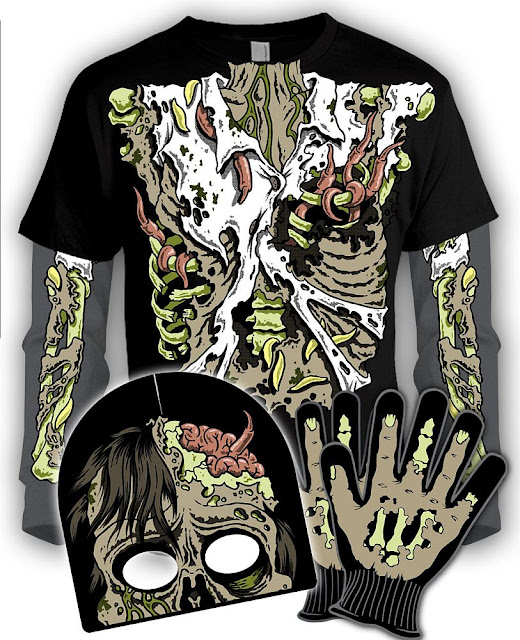 I was even able to dredge up one of my original pencil sketches for the Ninja design. This is what I woudl scan in and then trace over in Adobe Illustrator. 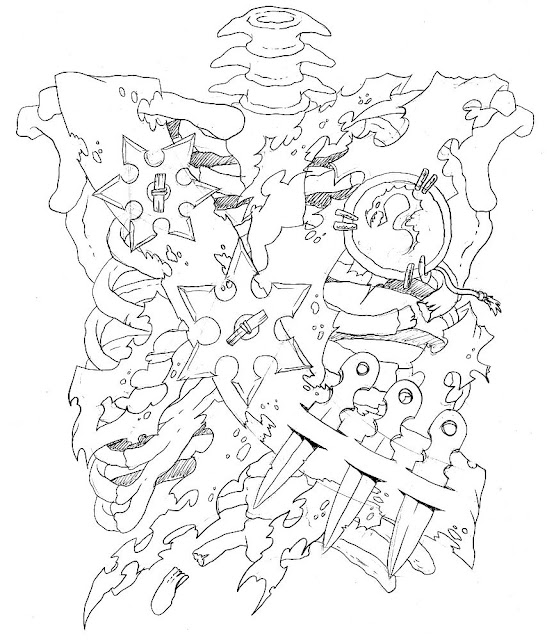 And digging back in my closet, I found a couple of the actual mask/beanies! I forgot I had these and don't remember how I got them, but they were in a box from when my work shut down and I cleaned out my desk to officially become a "tele-comuter". 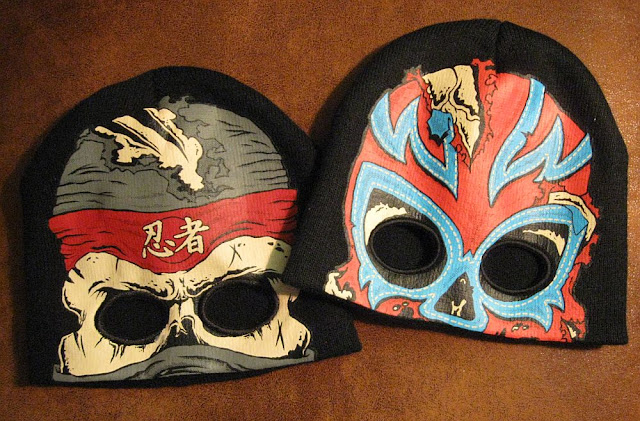 So, thanks for indulging me. Hope you all enjoyed a little look into the bizarre world of what people have paid me to do.
Posted by Reis O'Brien at 6:00 AM