Hey gang! I've had a lot of fun writing the weekly League of Extraordinary Bloggers assignments, and since last week's top 10 list, I started think about making something similar to add to my blog as a weekly feature. But coming up with a list of 10 things is hard, so I knocked it down to 5, and decided to call it Top Five Fridays. So every Friday, I'll come up with a list of 5 somethings. It may be my top 5 favorite somethings or top 5 least favorite somethings or whatever.

So here's the very first weekly list! I present to you...

When I was a wee lad, I developed crushes on girls quickly, and not even fictitious characters were safe from my amorous pinings, much less animated ladies. It really didn't matter to me that these lovely lasses were not much more than ink and paint on celluloid, all I knew was that they triggered something in me that made me want to send them a note at lunchtime and hope for a positive response by recess. Here's the list... 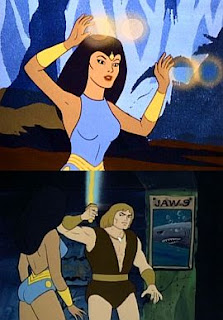 Pretty much the only female character in this cartoon about a devastated future Earth, Ariel spent a lot of her time getting into trouble and then needing rescue from Thundarr and Ookla. Not the most forward-thinking treatment of a female lead by the writing staff, but that didn't stop me from falling in love with her on the very first episode. Ethnically ambiguous, leotard-clad sorceresses are kind of my thing. 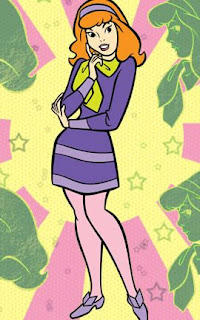 I know, I know... She never really did much for the Mystery Inc. gang, but she kicked off a long-lasting penchant for pink-tights-wearing redheads for me. 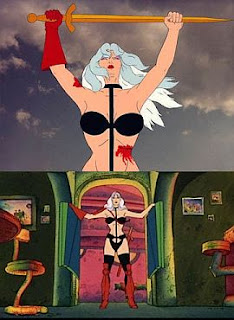 I have no idea what her name is, and we probably shouldn't have been watching this movie so much when I was a kid, but when I first saw this heroic female going toe-to-toe with a helmeted '80s-style baddie, I was smitten. There must have been something about that gray and white hair or that weird strappy bikini thing she had on that made me want to live in whatever twisted world she came from. 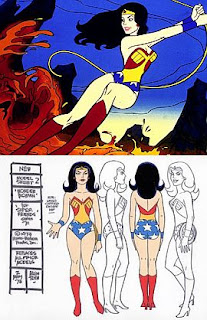 This one is pretty much a given. Considering my very first crush ever on Lynda Carter, it was only natural that I gravitated towards Wonder Woman on the Superfriends as well. She was the kind of chick that could get things done all day long while wearing what amounts to a one piece strapless bathing suit. 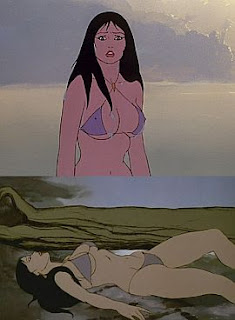 Holy Toledo! What a woman! Animator Ralph Bakshi really knew how to make a zaftig heroine in distress step right out of a Frank Frazetta painting and come to life. She may have been a little whimpy (she was a pampered princess after all), but her lack of courage was easily ignored when faced with her non-stop jiggling in all the right places. Out of all of my animated crushes, this one borders on pure lust. 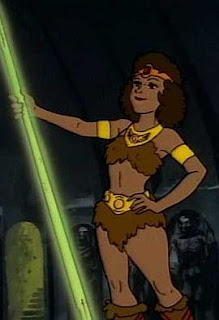 Diana didn't quite make the list, but she was super close. In fact, considering her fearless spirit and natural leadership abilities (she often called the shots to the rest of the gang), she probably should replace Teegra on the list, but, and I can't stress this enough, Teegra's jiggle is just too powerful. Sorry Diana.