I get the feeling that a lot of fellow league members are going to pick this one, but when I think back on the particular corner of pop culture that got my true-blue American blood pumping, there is no other toy line, cartoon and comic book more capable of stoking the fires of patriotism in me than G.I. Joe: A Real American Hero!

I mean, they come right out and say it in the subtitle.

I won't go into my personal discovery of G.I. Joe, because I chronicled the whole tale HERE.

But I will say that it was the very first wave of toys that sparked my love for the license... 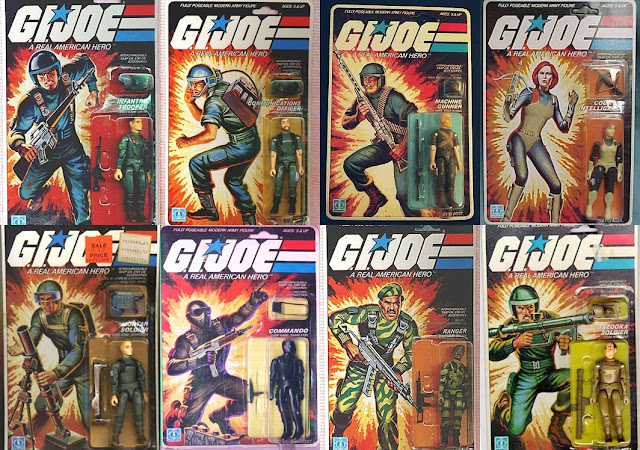 Later, I would discover the cartoon and further deepen my obsession... And, of course, the highly popular comic book was often jam-packed with so much patriotic fervor, that I would often have to suppress the urge to snap to attention and salute the stars and stripes themselves in honor of the the brave forces of G.I. Joe and their ceaseless battle against world-wide terror. 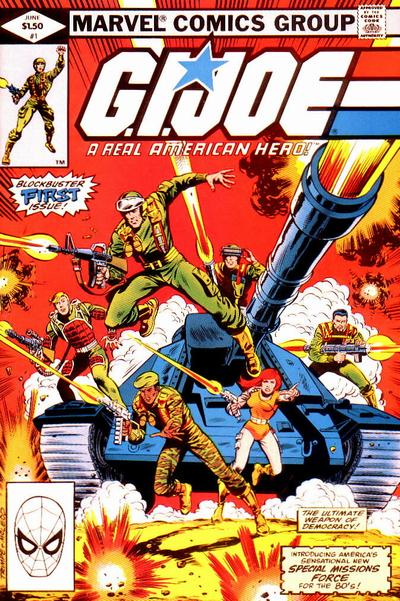 My mom, a former late '60s protestor, often shook her head at my obsession with the olive-green clad paramilitary fighting force, but never went so far as to forbid the toys. But I'd be lying if I said that her concerns were in vain, because thanks to my life-long love for G.I. Joe toys, comics and cartoons, I did toy with the idea of going into the military after high school. I never did, though, and now I know myself well enough to realize that was for the best.

Later on, I would out-grow G.I. Joe right around the time that the toys were starting to get a bit less realistic and military-ish and more about fighting space monsters in neon camouflage. Once, in my early 20's, I stopped to check out the current Joe toys on the shelves that I hadn't looked at in years and almost busted out laughing, they were so absurd.

Later, I would dive right back in to the the franchise with the release of the 25th anniversary figures, the first G.I Joe motion picture (sue me, I liked it) and the new series of comics from IDW. Heck, even the Renegades animated series was pretty badass!

Anyway, when I think of rocket's red glare and bombs bursting in air, I know that G.I. Joe is out there, giving Cobra a full metal jacket full of hell and never letting up.