Yeah, my TV and movies vehicle craze isn't over yet and it'll probably be going on for a while. I've been a life-long fanboy collector and know a geek-out bug when it bites me. And right now, I am absolutely bonkers for pop culture vehicles.

Which brings me to today's 1:64 scale TV vehicle; The Munster's Koach, from Johnny Lightning! 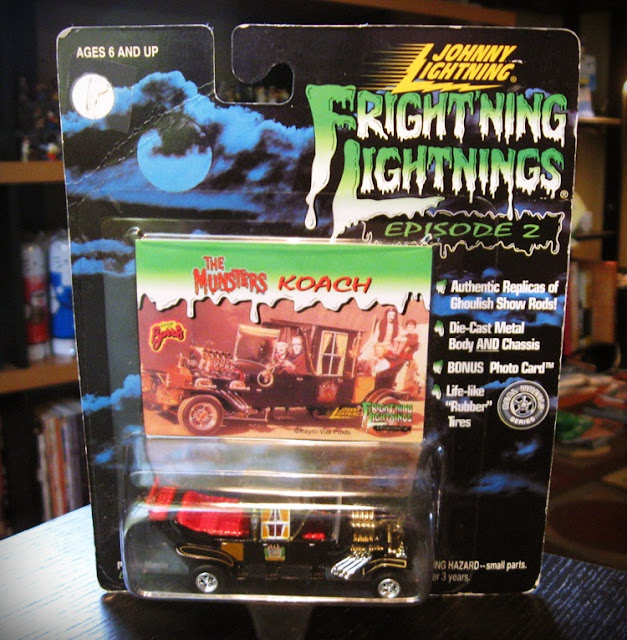 I gotta give a shoutout to my man and fellow Horde member, Jboy (of Cosmic Ark fame) for sending me this way back in December, and I apologize for just now getting around to writing about it.

Suffice it to say that the Munster's Koach (or sometimes referred to as the Kreepy Koach) has always been in my top 10 favorite TV & movie vehicles and was one of the very first cars that I made from my VROOOM! series, and you can see HERE. 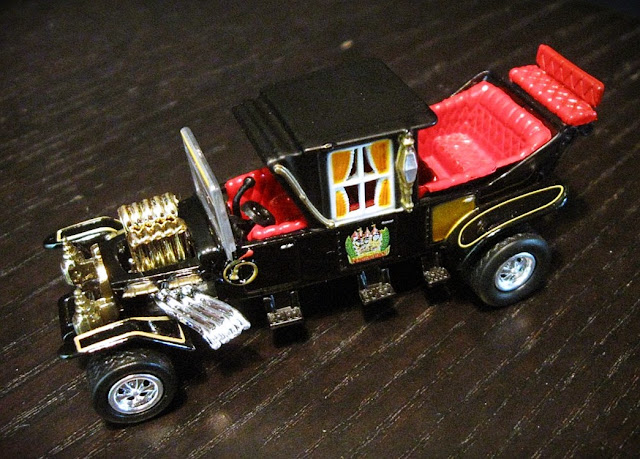 I have to say that Johnny Lightning really knows how to knock it out of the park with their toy car designs. The sheer amount of detail in this piece is stunning. I mean, look at the little horn on the side, they even painted the honk-honk bulb part. And DAT PINSTRIPING on the fenders! 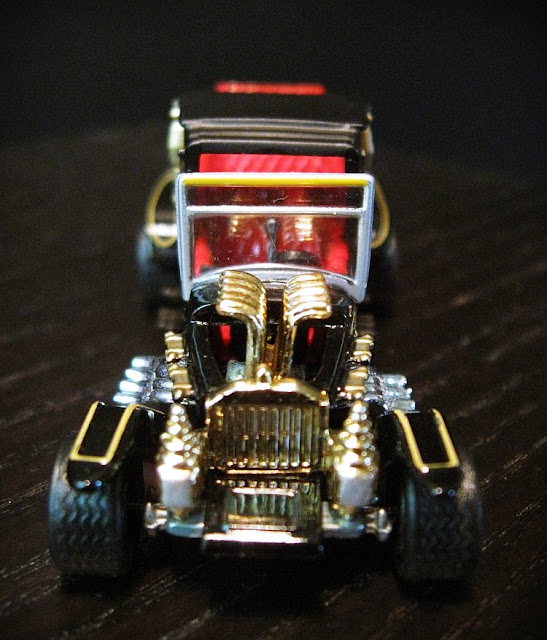 I know that I probably shouldn't have opened it, but it just had to be set free and added to the collection. In fact, it's probably the most detailed and accurate representation in my entire collection. 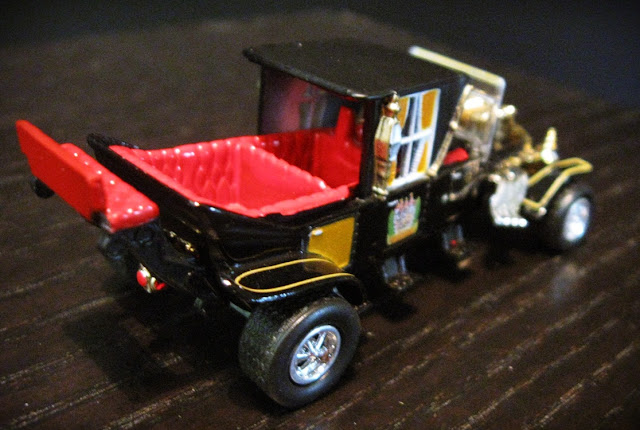 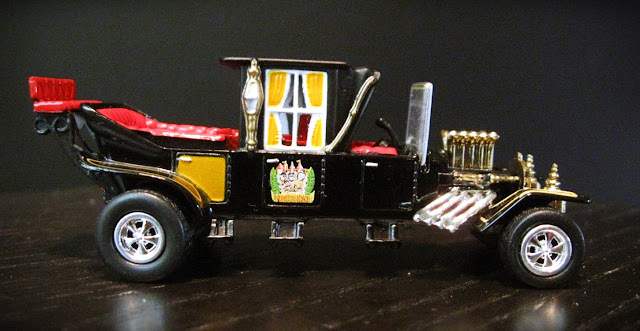 Another nice touch with these Johnny Lighting cars is that they often came with a trading card, which I'll be adding to my binder full of other movie cards. It's two collectibles in one! 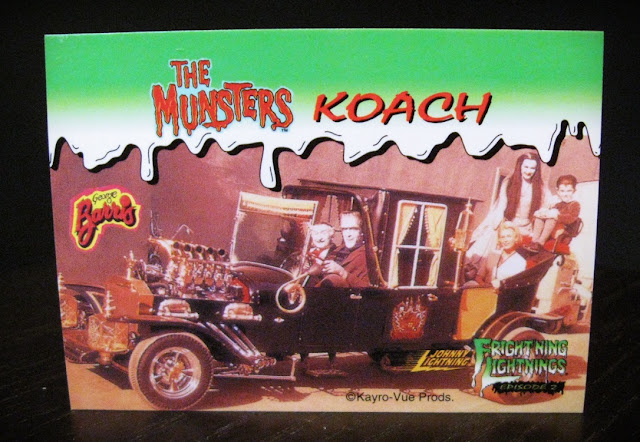 So, thanks again, Jboy. You are a gentleman and a scholar. And one hell of a toy sharer. :)
Posted by Reis O'Brien at 6:00 AM