This week's topic: Besides the Batmobile, what is the sweetest ride cruising the streets of pop culture?

Between my pop culture vehicle themed art and recent blog posts, it's no secret that I looooove vehicles from movies and TV. In fact, the very first League post that I wrote was dedicated to my 5 top favorite vehicles from pop culture. But now Brain (our fearless League leader) has forced me to pick just one, and to make it even more difficult, we can't pick any incarnation of the Batmobile.

And for the record, I would have gone with the 1966 version. Just sayin'.

Anyway, my second favorite pop culture ride was a no-brainer for me. All I had to do was turn my head slightly to the left and look at my Dukes of Hazzard shelves and the multitude of General Lee toys and other Dukes collectibles with that classic orange '69 Dodge Charger and the answer was pretty clear.

Now don't get me wrong. I love the Ecto-1 and the Back to the Future Delorean, but for sheer 4-wheeled sexiness, it doesn't get any more sweet than the General Lee. 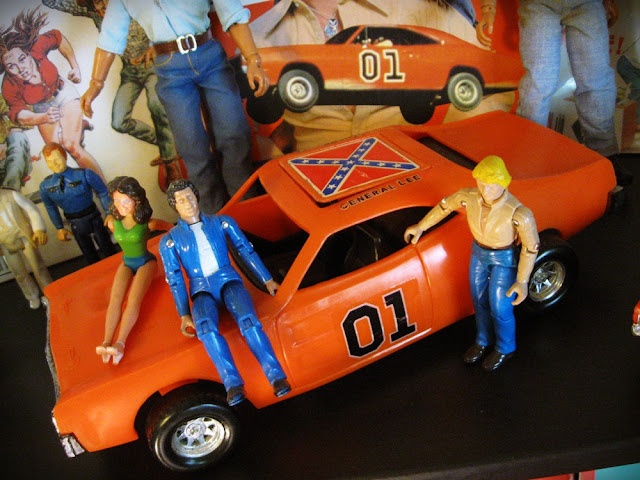 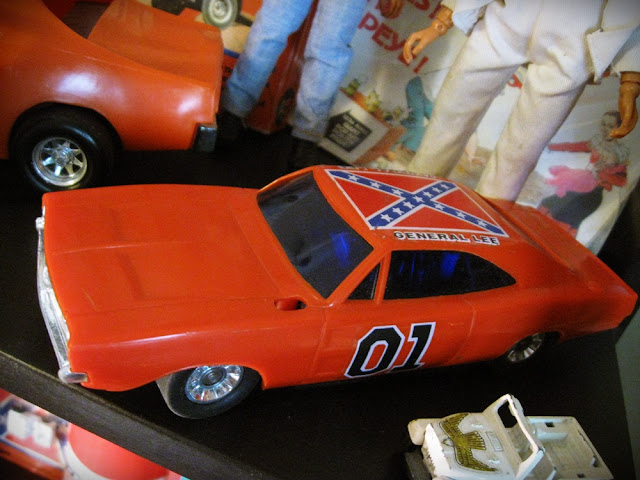 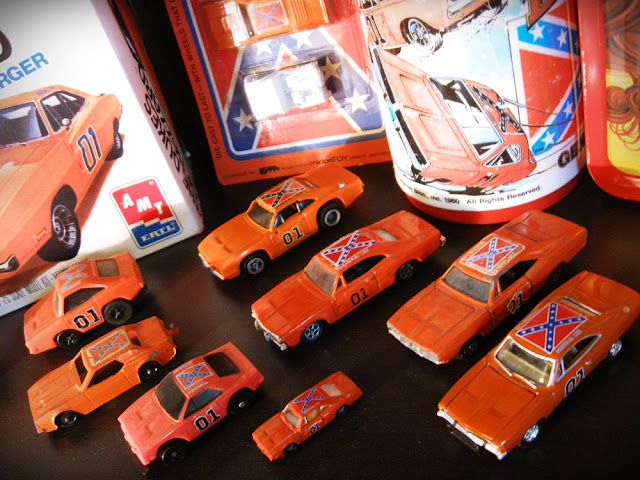 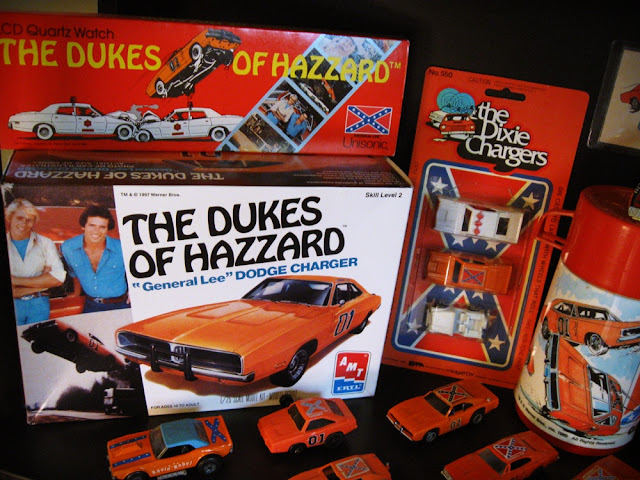 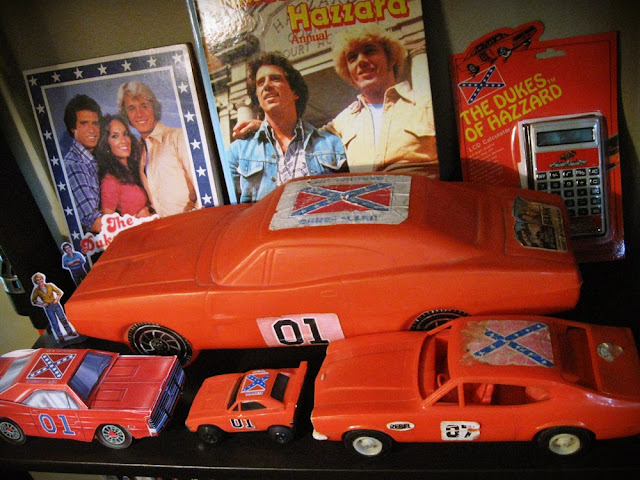 I don't exactly know what it is about this car that I love. Ever since this show grabbed hold of me when I was in a kid, I have reserved a place in my heart for this car. It's kind of weird, since I usually have an aversion to anything Southern. But this show gave me an idealized, more innocent version of the South, I guess. Normally I cringe at the sight of the rebel flag, but for some reason, I'm okay with it when it's on the top of the General Lee. I think that after having lived in the South for 17 years, and hating just about every minute of it, my love for the show strengthened as I wished that this was how the South really was.

But this post is just about the car. This was the first TV show that I remember thinking of the vehicle belonging to the main characters as a character unto itself. The General Lee had personality. It practically had a voice, like R2D2, but instead of talking in electronic beeps and whistles, it spoke in the screech of its tires, the rev of its engine and the horn that bellowed out Dixie as it flew through the air.

I guess that's why I can't stop buying toy versions of it. I've even taken to collecting knock offs of the General Lee. Once the show became a big hit, every toy company from Hot Wheels, to Matchbox, to Buddy L, to Tootsie Toy were cranking out cars that were orange with a Confederate flag on top (even if the numbers on the door were 07 or 10). Not to many other famous cars from a TV show can claim so many imitators.

So, that's my pick. The General Lee. The finest car to ever grace the small screen (and the big screen too, if you count that horrible movie).

Thanks for reading. Y'all come back now, y'hear? (Insert guitar/banjo outro music here.)