Man, I've really been on a retro gaming kick lately. Ever since I went to the Seattle Pinball Museum and after listening to several Retroist podcasts about the the Atari 2600 and the orginal NES, I've been all about playing the silver ball or a rousing level or two of Pitfall on my Atari Flashback.

This all came to a head a couple of weekends back when my wife and I were out to dinner with a bunch of friends and we all decided to stop at this ice cream/arcade place here in Seattle called Full Tilt. I had been to this place once years ago, but we didn't stay long, but I remember making a note to come back and play some of their classic video games and pinball machines. Now, with my mind on retro gaming, everyone else happily ate ice-cream while I made a bee-line to the change machine and started plunking quarters into Ms. Pac Man. 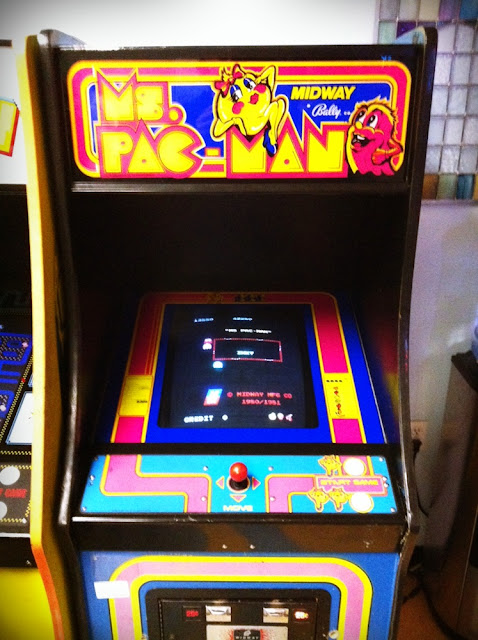 I can't even fully express how much fun I had, gleefully feeding quarters into these classic machines. I made the rounds and played several of my old favorites; Ms. Pac Man, Black Knight pinball, Galaga, and even my wife had a blast on the Super Mario machine (which I never even knew existed, I always thought it was just a home console game).

I wanted to play Pac Man, but while we were there, this guy was busy racking up over 300,000 points and getting all the way up to the second to the last screen. I was blown away! I have never seen anyone get that far on Pac Man. All the food went away (no more cherries or pretzels) and the ghosts stopped turning blue. It was awesome. 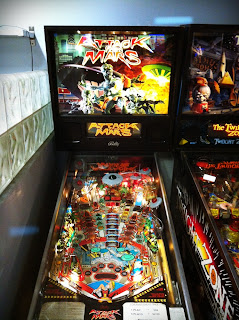 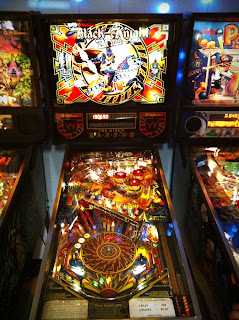 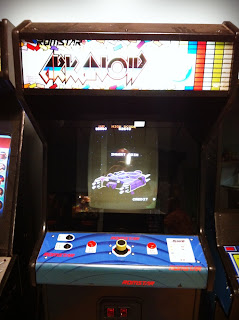 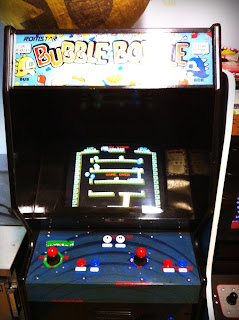 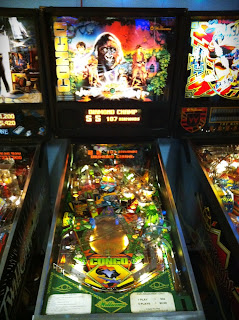 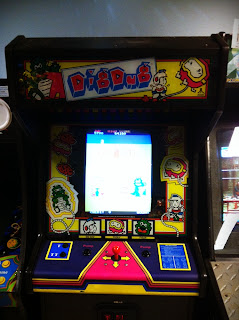 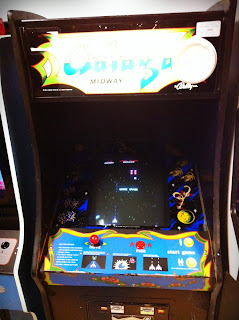 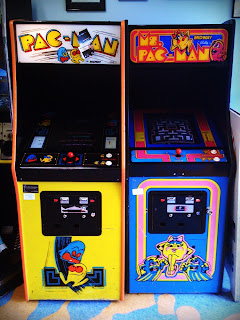 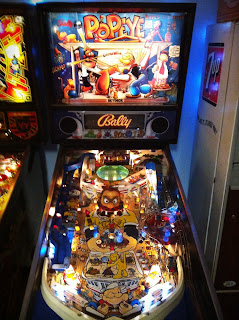 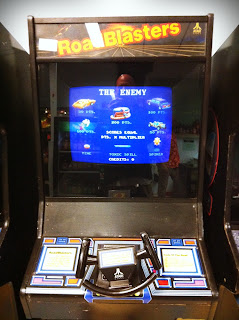 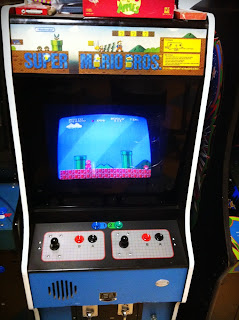 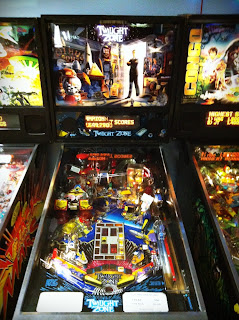 But the most memorable part of the evening for me was stepping up to the classic Star Wars arcade cabinet, just like the one I had devoted so many hours and quarters to as a kid in a mall in Adrian, Michigan, for the first time in almost 30 years. 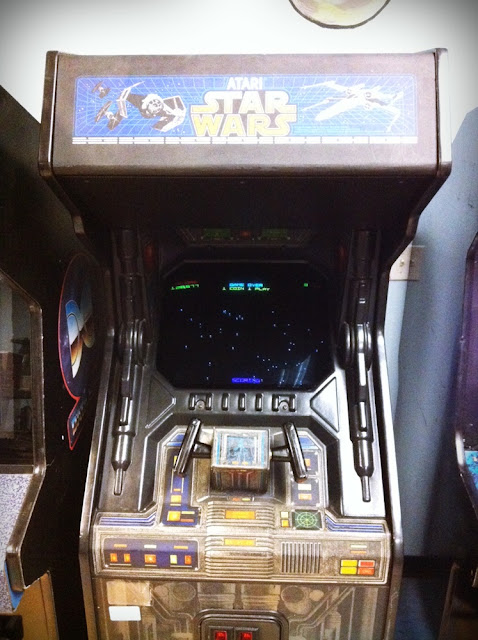 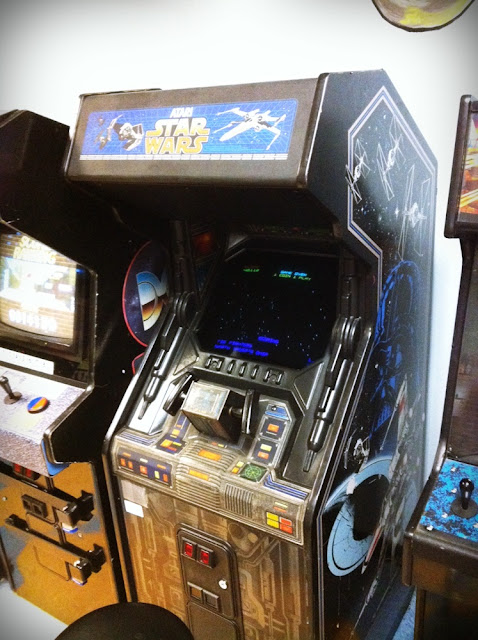 When I was 10 and 11 years old, this game was the be-all-end-all as far as I was concerned. They didn't have a Star Wars machine at my usual video game haunt (Rich Lanes, in Blissfield, Michigan), but whenever I took a trip to the mall in Adrian with my mom, she would load me up with quarters and knew I'd be there still playing whenever she finished shopping. 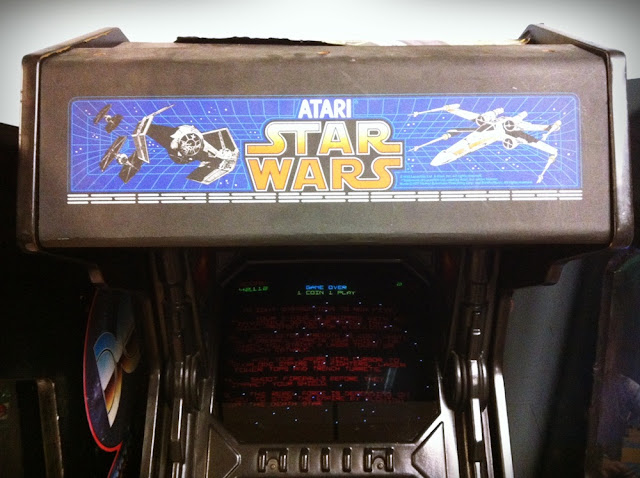 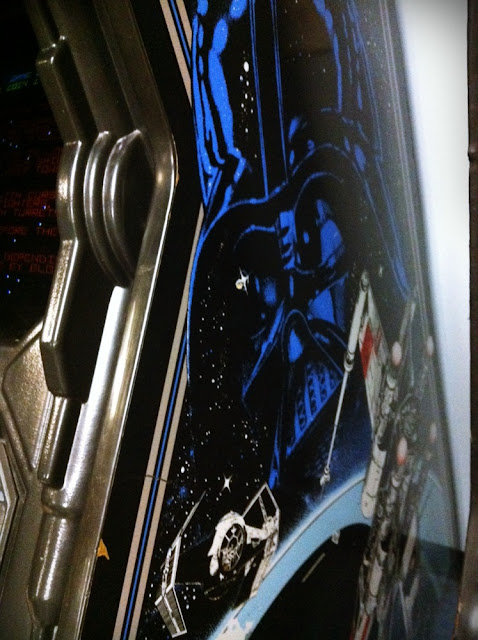 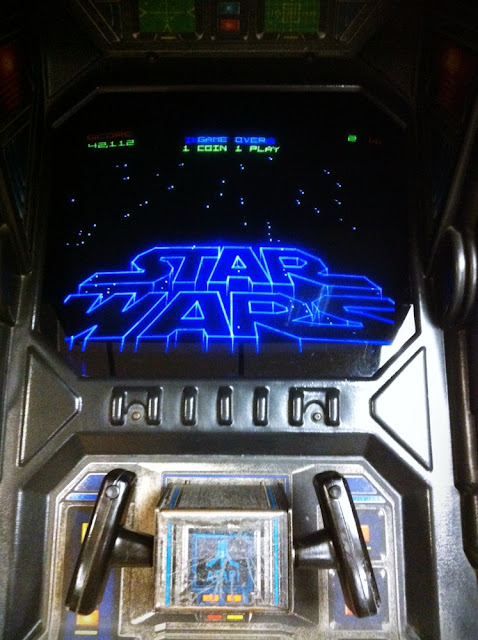 When I walked up to this machine and wrapped my hands around the controllers, it was like 30 year old muscle memory took over and my index fingers naturally coiled around the triggers and my thumbs innately rested on the proton torpedo buttons.

One of the best memories I had of this game was when it broke. Now, I know to most people that sounds like the beginning of a horrifying tale, but in this case, the game broke in the player's favor. You see, one day, I plunked my quarter in and due to some strange glitch in the system, it just kept restarting after my three lives were gone. It was amazing! I would get a little farther each time, lose my 3rd life, and then it would just start over, like I had plunked a quarter into it again.

I played that machine on Saturday afternoon for over 2 hours straight on a single quarter. It was epic. 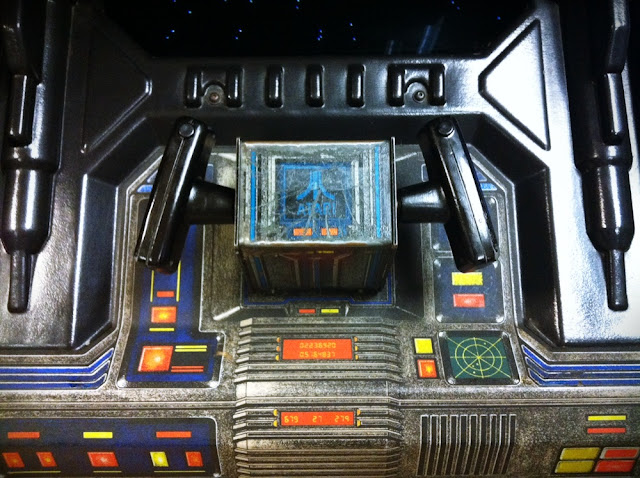 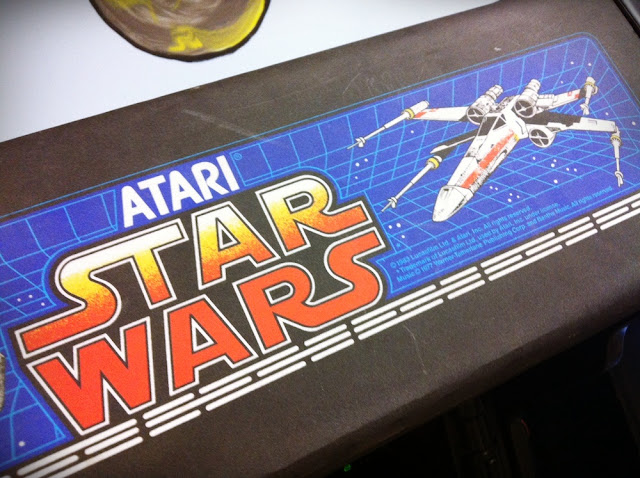 Sadly, it wasn't the case this time, and I died rather quickly. But now I'm a grown up with a job and I can jolly well plunk as many quarters into video games as I want, which I did, and would have played until they closed if my wife and our friends hadn't pried me away from it.

On second thought, I may not be that grown up after all.