The Return of the Galaxy Laser Team!

Anyone who has followed my blog (or any of my previous blogging endeavors) knows that I am a dyed-in-the-wool fan of Galaxy Laser Team, those Army Man sized static plastic space heroes and villains from the late '70s from Tim Mee that rode a razors edge against copyright infringement in the halcyon days of Star Wars fever.

I won't rehash my tale of my personal love for Galaxy Laser Team (or Star patrol, as I first heard of it), but let's just say it is another episode of an impulse-buy stocking stuffer on my Mom's part that immediately blossomed into a full-fledged fandom of these strange little toys. 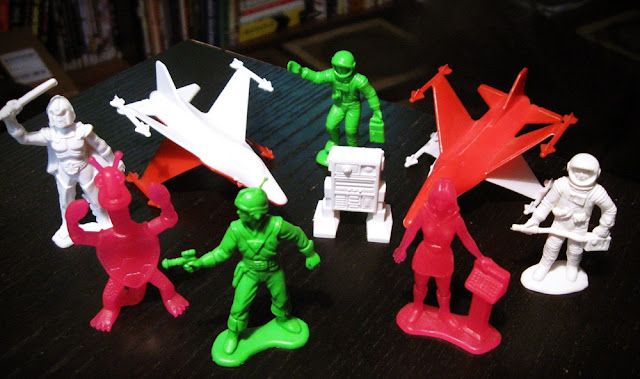 Well, it turns out that I am not the only Galaxy Laser Team fan in this world, and one of those fellow GLTers (as we call ourselves) stepped up to the plate and made a dream come true. That's right kiddies, Galaxy Laser Team is back!

Thanks to the efforts of Jeff Imel from victorybuy.com, an online retailer of all kinds of fun collectibles, he was able to contact Tim Mee toys and have them reissue brand new sets of Galaxy Laser Team from the original molds.

Jeff was kind enough to send me a set for review. 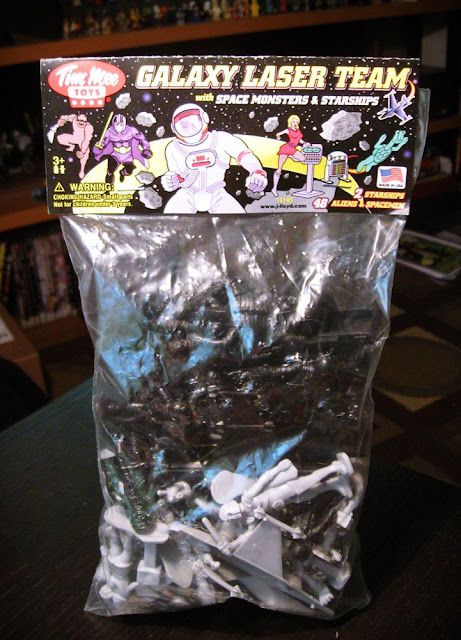 The new bags of GLT figures come packed to the gills with good old fashioned outer-space fun, with "48 Aliens & Spacemen" and "2 Starships" (more on those in a minute).

The header card has gotten a new modern look (you can see the original packaging art over at The Retroist), complete with all of our favorite GLT characters in full color glory. 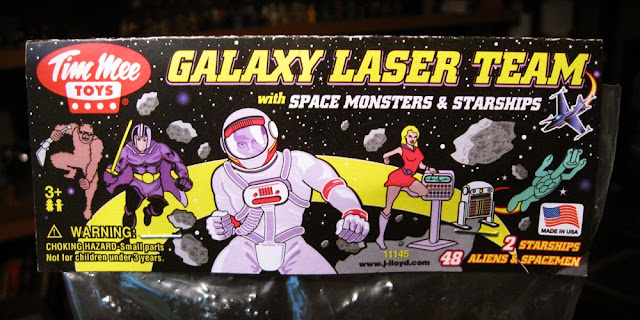 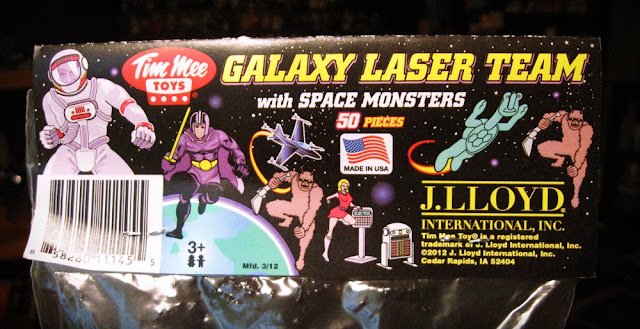 The new figures come in black and gray, which is a huge (although not unwelcome)  departure from the original release's black, neon green, neon pink and white.

After taking the figures out of the package, I was stunned at the quality of detail that Tim Mee managed to get out of 35 year old molds. Every single detail was crisp and clear, perhaps even more so than the originals due to the better modern plastics in which these were cast. 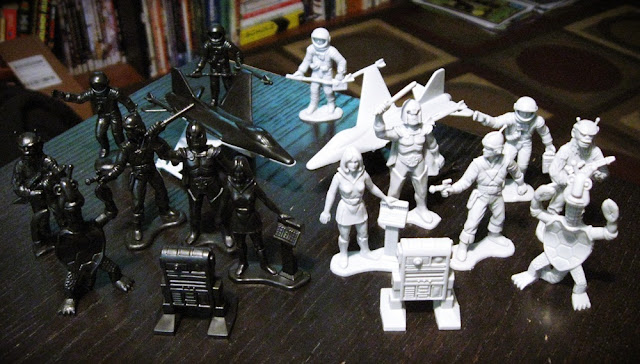 I took a few pics of each character from the set along side one of the originals from my own collection to everyone a better idea of just how beautiful the new figures are. (Click to activate Big-a-tron 5000) 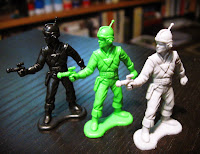 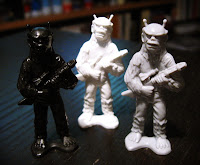 And it wouldn't be a set of Galaxy Laser Team toys without the inclusion of two new NOT X-Wing space fighters. Even as a kid, I could see that they basically took a mold of some military fighter jet, added some extra wings in an X formation (wonder where they got that idea?) and voila, but that didn't stop these little star cruisers from becoming favorites of mine. I would zooom! these little fighters all over my bedroom back in the day and to finally have two brand-new black and gray models is like Christmas 1978 all over again. 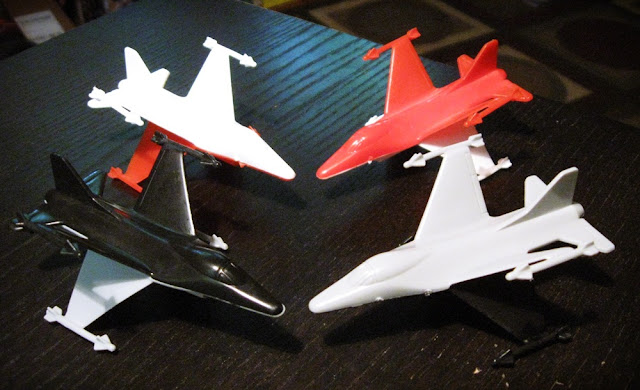 So, I guess you've all ascertained by now that this is a positive review, to say the least. To see these toys reissued, and so nicely reproduced on top of that, is the kind of thing that vintage toy collectors dream about. It gives me hope that one day NERF will finally re-release Nerfman. Probably not, but then again, I never thought I'd see the day that The Galaxy Laser Team re-entered our atmosphere. And what a glorious day it is.

Thanks to Jeff for sending me a review sample.

To get your very own Galaxy Laser Team set (and I highly recommend that you do), you can order them from Amazon.com or VictoryBuy.com.
Posted by Reis O'Brien at 6:00 AM