League of Extraordinary Bloggers Weekly Theme: Star of the Show!

This week's topic: Television executives have determined that you lead an amazing life and have pegged you as the next big reality TV star. What’s the name and the premise of your show?

Hoo boy. This was a little hard. I tried to come up with a serious premise that really encompasses who I am as a person, but no one wants to see a show called The Guy with Too Many Hobbies and Interests and Who Often Has Trouble Following Through On Important Things. So, I decided to pick on weird little aspect of my life and build a show around that.

And since everything on TV is about hunting things lately, be they antiques, aliens or what have you, I'll be starring in my very own show called... 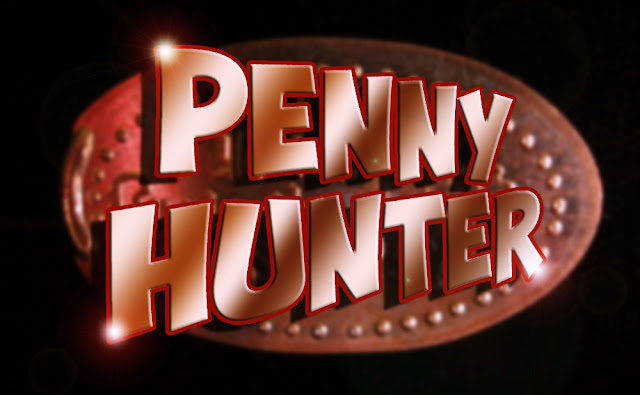 What many of you may not know about me is that I am a rabid collector of "squahsed pennies" or "elongated coins". You've all seen those penny smashing machines in various tourist traps that charge you 50¢ to smash a penny into a thin oval with an embossed picture of Mount Rushmore or whatever on it. Well, I'm positively crazy about them, and while most people are enjoying the breath-taking majesty of the Grand Canyon, I'm the yahoo with a pocket full of change looking for the penny smashing machine. 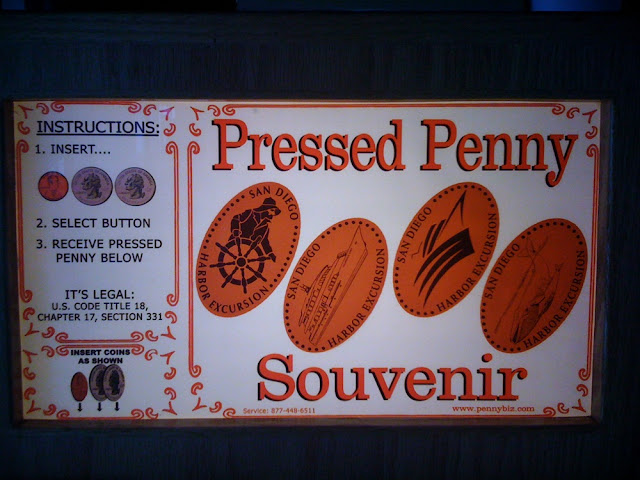 And that's pretty much what my show would be about. Heck, there are worse shows out there, like ones about rednecks towing cars and hillbillies eating live alligators, so a show about a guy hunting down penny smashing machines in America's myriad vacation spots and roadside attractions isn't that odd.

Here's your host in action... 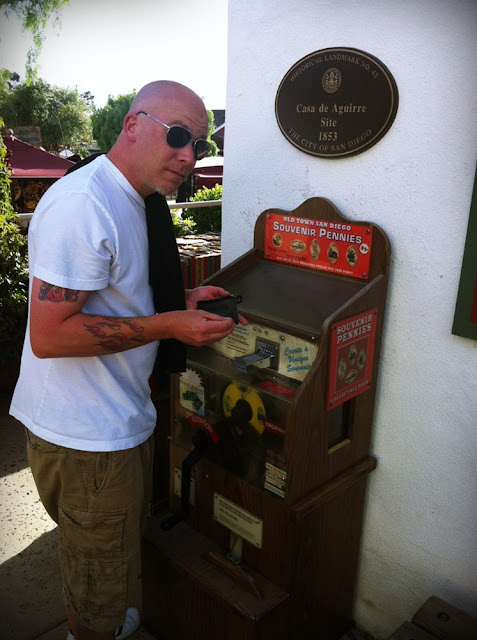 Each week, we could feature a few different tourist traps and fill in the minutes with a little "Where's the penny press?!" excitement. Maybe even have some harrowing moments when I'm... gasp!... out of change!

Then at the end of each episode, we'll take a look at my spoils for the week. 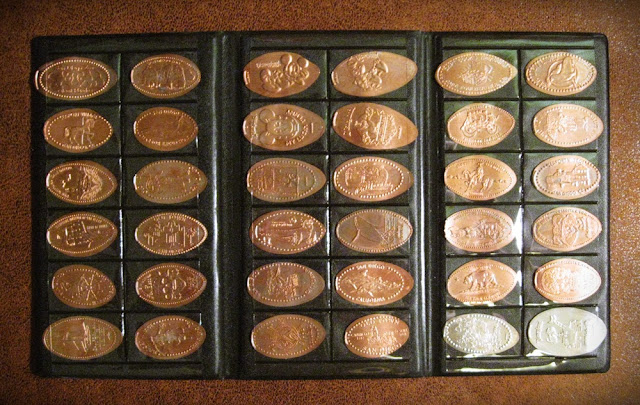 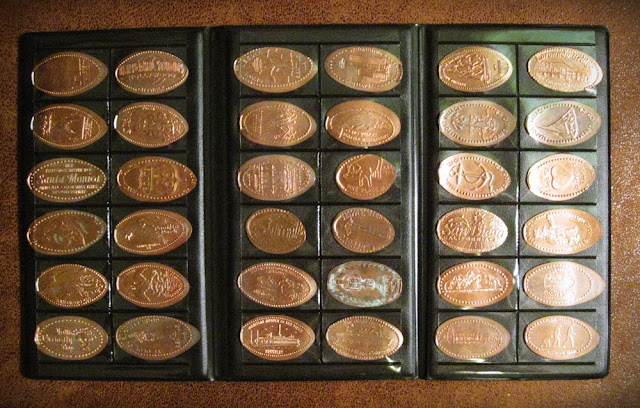 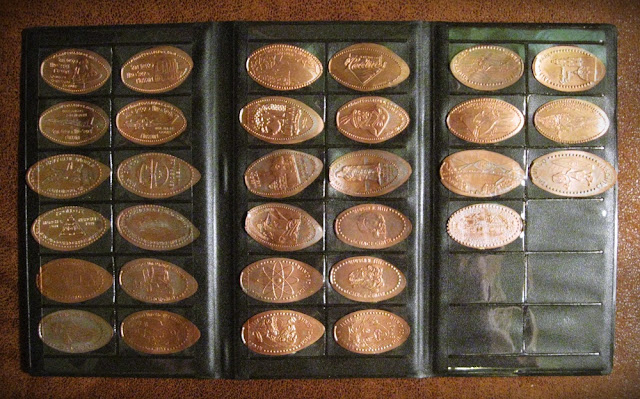 I even have a pile that still need to be put into books, once I get a couple of new ones. Hey! That's an episode right there! 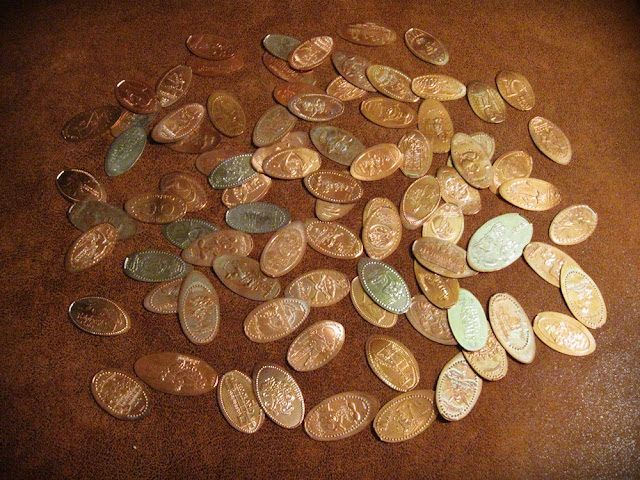 Another fun thing would be to interview other pressed penny collectors and see their collections. I bet you'd get all kinds of good old fashioned oddballs for the pleasure of the viewing public.

I can also imagine doing some sort of showcase segment on extra special elongated coins, such as my beloved Disneyland Haunted Mansion smashed quarters... 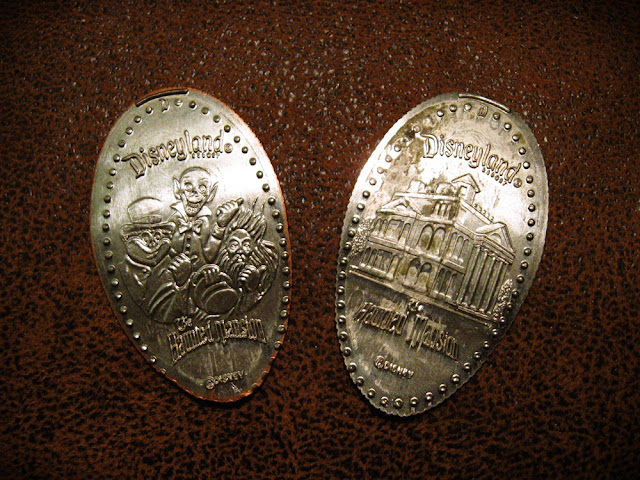 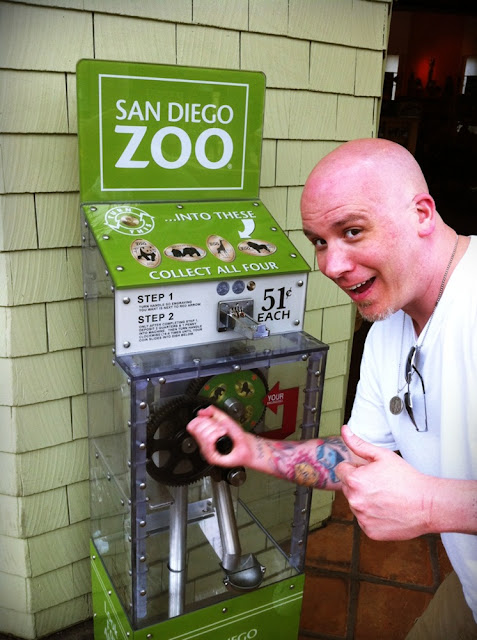 Tune in each week for another exciting penny hunting adventure!